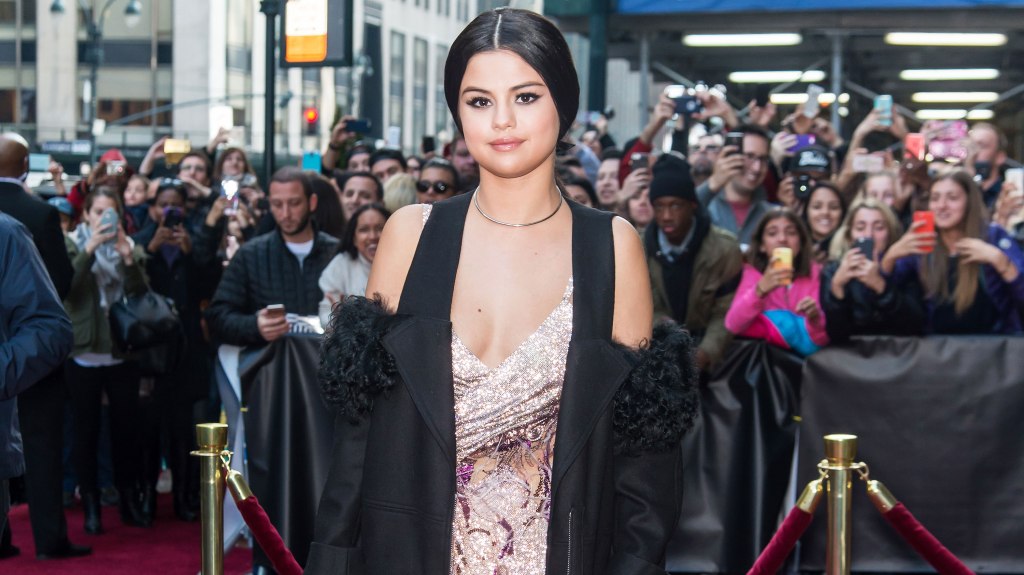 Selena Gomez is a total stage-five clinger in her music video for new track, “Hands To Myself,” which just dropped on Apple Music.

Dressed in black lingerie, throughout the glip Gomez is obsessing over a guy we assume is an ex; creeping through his Los Angeles penthouse apartment while he’s away, trying on his clothes, and generally fantasizing over him. The love interest in the clip is played by model Christopher Mason, who is giving us major “Sex and the City vibes” with his uncanny alikeness to Smith Jared.

“Sorry for snooping, Chris,” the singer tweeted just after the video landed, talking about her on-screen love interest.

Gomez teased the clip on Facebook earlier this month, writing, “Catch the sneak peek of my ‘Hands to Myself’ Video featuring the new Beats by Dre Pill! ?#?NewBeatsPill?.”

“Hands to Myself” appears on the 23-year-old’s brand new album, Revival. Watch the music video for yourself right here.