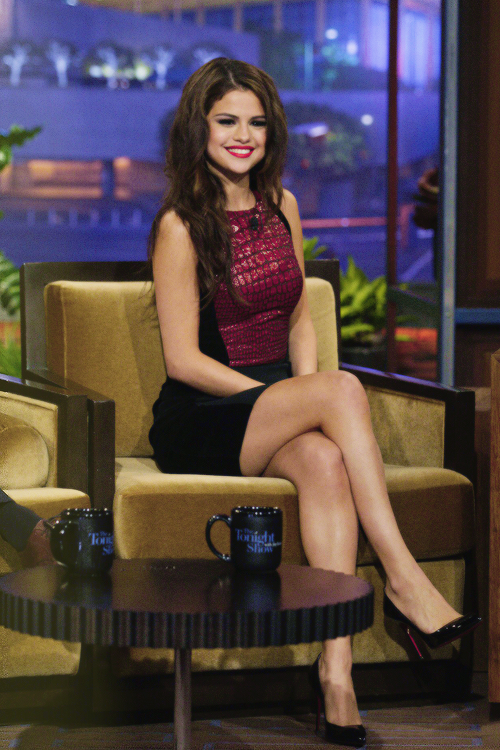 Seriously, this has been a major week for Selena Gomez. Not only did the former Disney starlet turn 21-years-old on Monday, but her brand new album Stars Dance was released to positive reviews yesterday. So obviously, she had a lot to celebrate—and that’s exactly what she did. Gomez stopped by “The Tonight Show with Jay Leno” last night in a sexy Antonio Berardi dress paired with black Christian Louboutin pumps to regale the late night host with stories of her legal debauchery.

Gomez admitted that her first drink was a shot of Jack Daniels whiskey at restaurant Bagatelle in L.A. alongside friends like “Spring Breakers” costar Ashley Benson. “And how many of those did you have?” Leno inquired. “I don’t remember,” Gomez giggled, before admitting she was “a little” hungover. She also noted that she has another party planned for this weekend.

Obviously, everyone goes all out on their 21st birthday—so we’re certainly not judging. But we have to wonder if Gomez is our next Hollywood party girl. She certainly appears to be more responsible than most, but she is Justin Bieber‘s on-again-off-again girlfriend, and we all know he’s always down for a rowdy rager.

One thing’s for sure: Selena Gomez is all grown up, and her style reflects that. She looks chicer and more streamlined than ever, and we’re excited to see what’s next.