Is it just me, or is everybody talking about Selena Gomez’s exes all of a sudden? The singer was recently rumored to have reunited with her exes Samuel Krost AND her other ex Niall Horan. Also, there’s plenty of tea involving Justin Bieber. Selena Gomez dropped a clue about dating Samuel Krost (or anyone else for that matter) that is actually as clear as it could possibly get, just to clear up all of those rumors. Thanks, Selena!

If you’ve been closely following the Selena-Justin drama regarding her new music, you may have forgotten that Selena has actually—gasp—dated other people aside from Justin. But yes, once upon a time in December 2015, she was linked to One Direction member Niall Horan. And in January 2016, she briefly dated Samuel Krost, aka Fyre Festival’s booker.

Fast forward to this month, and Selena was spotted with Niall again. It was in a group photo, to be fair—but Niall’s arm was wrapped all the way around Selena, so yeah, the dating rumors began to fly. Then, on Tuesday, Selena was seen with Samuel at the same restaurant in New York City. Between these two incidents, fans became quite certain that she had reunited with at least one, if not both (lol), of her exes.

But Selena promptly and immediately shut those speculations down. She posted on her Instagram Story that she is not dating anyone, so it’s safe to assume that that includes both Samuel Krost and Niall Horan. 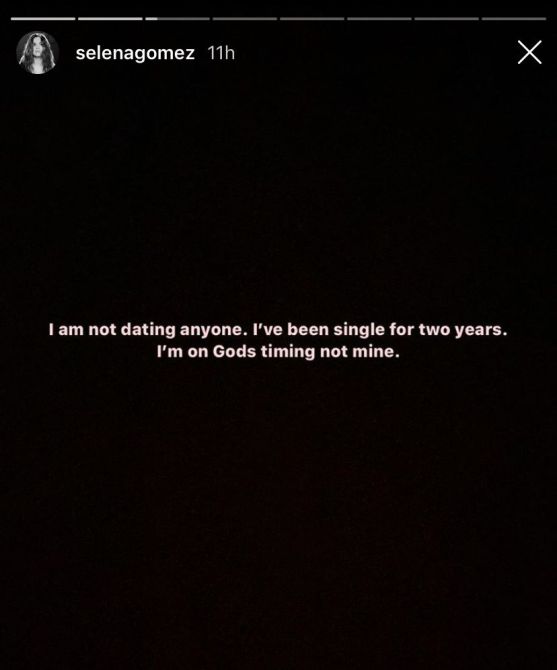 Not only is Selena currently single, but she has been for the past two years. Backtracking a bit, that means some previous dating rumors have also been false, including the time in 2018 when she supposedly reunited with Justin Bieber for the millionth time.

Look, it’s 2019 and women can totally be friendly with their exes without hopping back into a relationship with them!