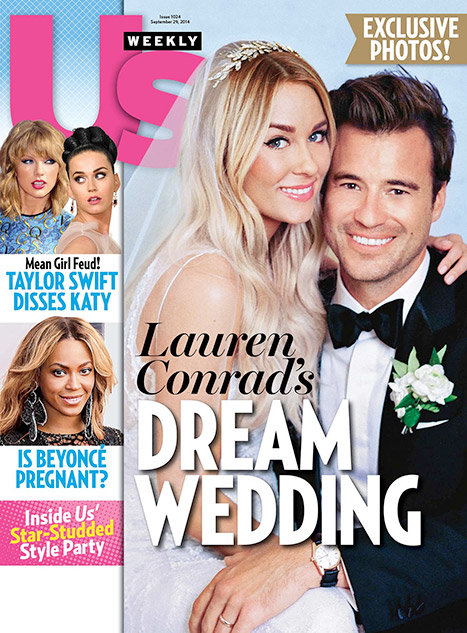 It’s not the stuff that Pinterest dreams are made of, but Lauren Conrad‘s first wedding photo has surfaced on the cover of Us Weekly.

The reality star turned designer, 28, wed 34-year-old fiance William Tell in Santa Ynez, California, on Saturday, Sept. 13, reportedly wearing a custom Badgley Mischka dress with a 10-foot train. It’s clear from the photo that she also chose to stick to her signature loose waves and subtle cat-eye for the occasion.

“I don’t know that I have ever been as happy as I was walking down that aisle,” Conrad told the magazine, which has more photos from the nups in the new issue.