In a perfect world, 24/7 honesty and openness in relationships would be a reality. But we’re not perfect and neither is the world—and there’s nothing wrong with keeping a few secrets from your significant other. (Some have even argued it’s a necessity in good relationships.) Let’s be clear: We’re not saying it’s ever OK to outright lie, and little white lies aren’t even something you should be doing on a daily basis. But keeping part of your life and thoughts private is healthy and important.

For instance, does your S.O. really need to know that his or her mom is an annoying chatterbox after one glass of wine? Or find out that in your senior year of college you slept with 75 percent of your total number?  Definitely not. Here are 10 subjects that experts confirm are totally fine to keep to yourself when you’re in a relationship.

Your partner doesn’t need to know about the eye candy in your daily life, whether it’s the sexy guy in the Armani suit you always notice on the F train or the cute woman with the music note tattoo who’s always in your favorite coffee shop. “Telling your partner about people you have casual, essentially meaningless crushes on won’t make them feel any better about themselves and could actually sow some serious seeds of discontent,” says Rita Delgado, a sex educator and owner of Shades of Love, an adult toy store in San Antonio, TX. As long as things aren’t going any further than you thinking he or she is good-looking, then it’s no harm, no foul.

If you feel comfortable getting into the nitty-gritty details of your grooming routine, go ahead, but if it’s something you’d rather not reveal everything about, you’re not alone—and it’s completely OK. “Your partner doesn’t need to know about the Botox, laser hair removal, or other body treatments you use to stay looking and feeling good,” says adult advice columnist Sarah Merrill, founder of @bigkidproblems. The exception: Major surgery, like liposuction, in which case it’s a health issue and you should share the decision with your S.O.

Unless you’re partnered for life, how you spend your money is your business. Once you get to a certain point of seriousness in a relationship, you should disregard this point, because talking about finances and budget is super-important, but until then, your debit card balance or credit card debt is between you and AmEx. That goes for savings accounts, too, says attorney Corri Fetman. “Every guy and girl should have a rainy day fund for emergencies—or just finally pulling the trigger on those Louboutins you’ve always wanted,” she says. Either way, the money stuff can get tricky, so if you’re not sure whether or not you should share something with your partner, it might be time to have the money talk. 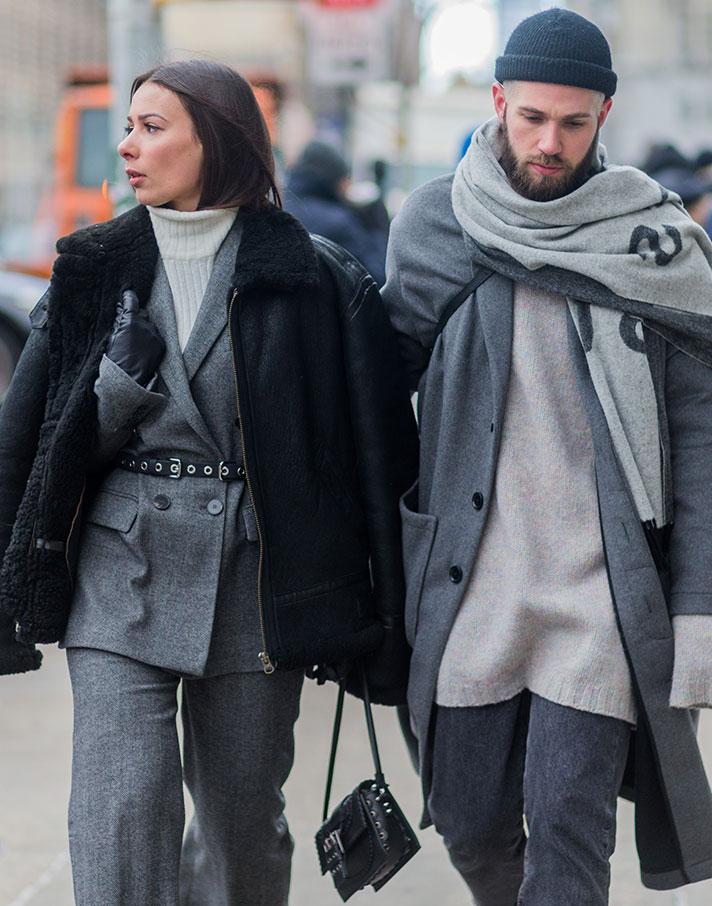 That thing some people say about how telling your partner secrets about other people “doesn’t count”? That’s totally false. “If you swore to one of your girlfriends that you’d never divulge the details of her sex life or work drama, then it should NEVER be revealed to anyone—including your partner,” says Fetman. It doesn’t matter how close you are or how much you trust your S.O.: you’ve been sworn to secrecy, which is a non-negotiable. Don’t sacrifice the integrity of one relationship for another.

The major caveat for this rule: You don’t have to tell your S.O. the play-by-play of your friend’s bachelorette weekend or girls’ night out as long as you used good judgment. That means that if you’re in a monogamous relationship, there was no cheating or borderline questionable behavior—like serious drug use, for instance. “You can keep the details of that wild weekend on the strip to your best friends and yourself,” says relationship expert, Michelle Crosby. What happens in Vegas stays in Vegas, so to speak, and your partner doesn’t need to know how many singles you shoved into the G-strings of those Chippendales dancers. Hopefully, though, you’re close enough with your partner that you’d want to share some of the funny moments from these types of nights—but as long as you behaved, you’re under no obligation.

Yes, it’s actually OK to keep your number of sex partners private. The experts all agree that your number of lovers is no one’s business but your own. “It’s possible you had a wild period, which your partner might not love hearing about,” says dating guru Cathryn Mora, creator of the relationship-strengthening course LoveSparkMe. “Instead of delving into every detail, you can say things like ‘I was no angel,’ but there’s no need to divulge specifics, and I’ve rarely heard of that conversation ending well.” Ultimately, if you’re happy in your new relationship, what does it really matter anyway, assuming you’re both sexually healthy and safe?

“Oh, she went to Harvard? I had no idea.” It’s totally fine for that to be your response when your S.O. brings up his or her ex—even if you looked through three years of her Instagrams and saw every haircut and job change she’s had. Experts say it’s fine to keep your investigative work a secret from your partner. Telling him or her may make you look suspicious or just plain jealous. “I’m not even friends with my boyfriend on Facebook and was able to find out a lot about his ex just by knowing her first name!” admits 31-year-old, Stephanie, a teacher in Staten Island. “I would never tell him, because I don’t want him thinking I’m jealous or worried—I was just curious.” Curiosity is fine—just don’t get too obsessive, since that’s certainly not healthy either.

Never reveal negative feelings about your S.O.’s family. They may seem to be OK with it at the time that you say it, but may resent you for it later—and that can get ugly, since you can’t take it back. (Hint: He or she can bitch about their parents’ terrible taste in décor and cooking skills—but you cannot.) And if it’s your parents who aren’t fond of your partner, just imagine how he or she would feel knowing that—or how you’d feel if the roles were reversed. “Your S.O. might not want to spend the rest of their life knowing that members in your family don’t like them,” says Delgado.”If they’re in blissful ignorance, keep them that way by not sharing that passive-aggressive comment your mom made.” In other words, unless you or your family has something nice to say, don’t say anything at all.