Looking around you, it looks like all of your happily-taken friends are on cloud nine, right? The Joneses are expecting twins. The Robertsons are sending their oldest off to college. And the Smiths are giddily announcing on Facebook that they’re taking an ahhh-mazing vacation to Hawaii next month.

Meanwhile, you and your partner suffer in silence. The two of you have settled into a comforting if not admittedly boring routine in the middle of solidifying your life together. And while the flames of passion haven’t fizzled out completely, they’ve diminished to a dull burn. You’re haunted with the question that plagues so many other couples: Are you as happy as everyone else? And, perhaps an even scarier question, what does that mean if you’re not?

We dug into the most compelling studies out there to answer the question you’ve always secretly wondered but were afraid to ask: How do you stack up against other happy couples? And we came up with some surprising results to help you put your own relationship into perspective. After all, happiness is relative and “happy couples” are not always as they seem. 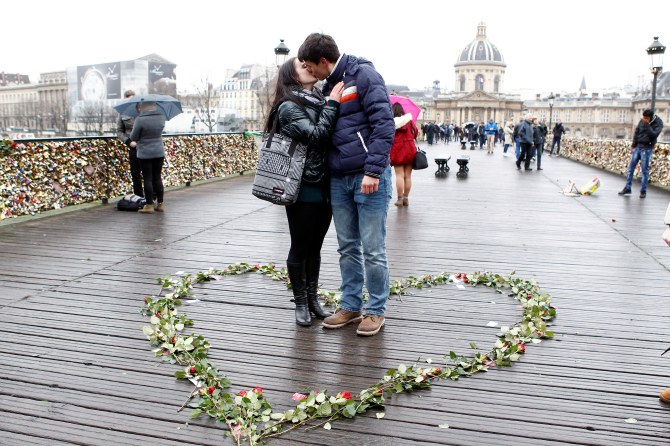 Cheaters Are Happy In Their Relationships (Really)
We hate to break it to you, but keeping your partner happy at home doesn’t make your life together affair-proof. In fact, most self-admitted cheaters surprisingly described themselves as “happy” in their relationships. According to a study by Rutgers University, 56 percent of married men who had affairs said they were happy in their marriages, nonetheless.

Happy Couples Fight Regularly
Or more specifically, couples who have one healthy argument a week. A study out of Florida State University found that couples who made a habit of having “angry but honest” conversations were happier in the long run. (Still, that doesn’t mean you should rant like a sailor. Out of 100,000 people surveyed for The Normal Bar, 90% of the happiest individuals have never cursed at their partners.)

Childless Couples Are Happier
No kids? No problem. As a childless couple, you’re probably happier for it! While parents are stressed out and more sleep-deprived, a study by the Open University in England found that childless couples were happier in their romantic relationships. They claim it’s because childless couples put more time into working on their relationships than parenting couples. Imagine a romantic getaway without three kids in tow? (Sounds like happiness to me.)

To read the rest of the story, head over to YourTango!

More from Your Tango:

Am I In Love? The Difference Between Love, Lust & Infatuation

10 Greatest Love Stories Of All Time

Help! My Husband Is Bored Of Sex