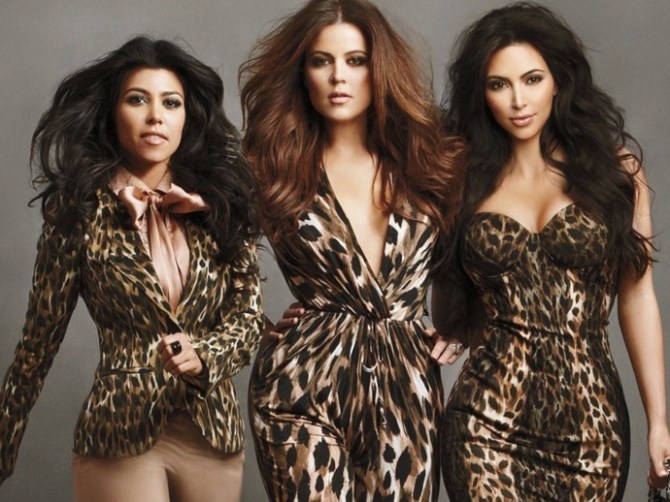 While most retailers are in the midst of promoting their new full-priced fall merchandise, Sears has slashed the prices of its highly marketed Kardashian Kollection—the brainchild of all-too-ubiquitous sisters Kim, Khloe, and Kourtney Kardashian—to bargain basement prices.

The Daily Mail obtained photos from inside a Sears store in Los Angeles, California, that showed prices as low as $9.99. The same appears to be true on Sears.com, where some items from the collection are on sale by as much as 50 percent. A women’s denim shirt from the collection costs $49 at full price, and is now discounted to $28.99, a 41 percent discount.

Kardashian naysayers will be quick to suggest that the sisters’ 15 minutes (or an hour in the case of the Kardashians) is nearly up. Another possible reason for the steep discounts? That Khloe’s husband Lamar Odom’s public drug woes have begun to weigh on the Kardashian machine. A Kardashian source recently told RadarOnline, shortly after news of the family’s problems hit the press that the family is “seeing red.”

All valid, but it would be nearsighted to put the entire flop of the Kardashian Kollection on the shoulders of the famous sisters—after all, they did align themselves with one of the most troubled retailers in America. Sears has been posting losses every quarter since 2006, and the company didn’t get involved with the Kardashians until 2011.

From the get-go, the fashion line was positioned as Sears’ Great White Hope. Bruno Schiavi, co-designer of the Kardashian Kollection, explained that it was his aim to fuse the women’s varying styles to appeal to a broad range of women.

MORE: Jay Z and Barneys Are Teaming Up For A Major Holiday Line

“Kim’s Hollywood, Kourtney’s the bohemian and Khloé’s the rocker and we tried to blend them together,” he said. The sisters appeared in splashy advertisements shot by the famed Annie Leibovitz. In 2012, fans camped out overnight at the Sears at Woodfield Mall in Schaumburg, Illionois for a meet and greet with the sisters.

Managing Director of L.A.-based Creative Agency Zambezi Chris Raih says of Sears reasoning to get involved with the trio: “Whatever your personal feelings about the Kardashians, they play broadly…They have a celebrity that’s self-propelling and an army of social media fans. So if you’re Sears, you can count on—at minimum—awareness.”

There were immediate signs, though, that things weren’t all rosy for the Kardashians’ biggest foray into fashion. Many scratched their heads and wondered why the sisters whose taste runs towards $2,000 Céline bags would align themselves with Sears when they would probably never be caught dead shopping there themselves.

On Black Friday (the biggest shopping day of the year) in 2011, the line failed to attract shoppers when other retailers saw hoards of shoppers. Sears has also been forced to pull certain products due to copyright infringement.

Here’s what this could mean for the Kardashians: They clearly don’t have the midas touch when it comes to retail—just because they put their name on something doesn’t mean it will sell. Also, it’s safe to assume that retailers and brands are going to be particularly guarded when it comes to jumping into business with the family from now on.

Khloe told “The Wall Street Journal” in 2012: “Fashion is our passion … Before these shows, after these shows, we are always going to be in love with fashion.”

A little word of advice Khloe, you might want to find a new passion project since you might just find yourself with a lot more time on your hands very soon.