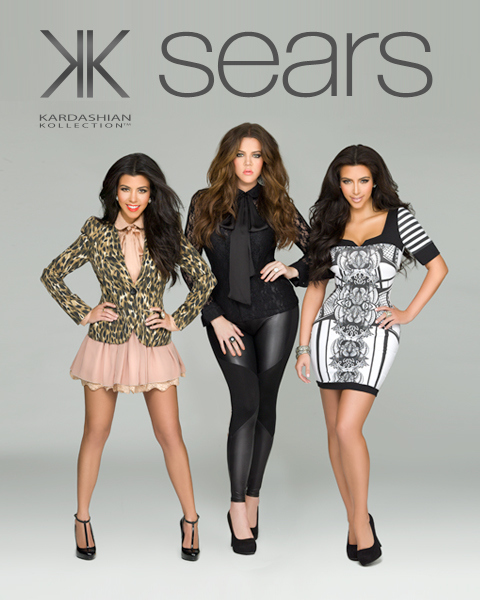 We’re talking, of course, about Sears’s Kardashian Kollection, which is officially no more. According to Fortune, the mass retailer stopped carrying the collection earlier this year as part of a mutual decision with the Kardashian family.

This news isn’t be the least bit surprising for a number of reasons. Let’s revisit a few:

In 2011, a report slammed the Kardashian family for allegedly manufacturing some of their collections in foreign sweatshops, where the workers–some teenagers–are “abused and virtually imprisoned.”

“The Kardashians are in bed with some pretty bad people,” Charles Kernaghan, the executive director of the Institute for Global Labour and Human Rights, told Star Magazine via RadarOnline.com. “Not only are celebrities like the Kardashians taking advantage of these workers, they are holding hands with a government that spits on democracy and women’s rights.”

Then, in 2013 it was reported that the line was flopping big-time, to the point where Sears had to massively slash prices of the collection to bargain basement levels, with some items as low at $8 and $9.

In October 2014, fashion journalist Teri Agins likened the Kardashian Kollection to cheap Halloween costumes in her book Hijacking the Runway: How Celebrities Are Stealing the Spotlight From Fashion Designers. In it, Agins—a longtime fashion reporter for the Wall Street Journal—describes a 2013 visit to a New York Sears location where she got an up-close-and-personal look at Kourtney, Kim, and Khloe‘s “creations,” and writes:

“I rifled through the racks and pulled out a leopard V-neck dress with skinny straps that was a mini in the front and dipped down to floor length in the back. The print looked rubber-stamped on, and the fabric was full of static and thinner than a negligee; it had the quality of a cheap Halloween costume.”

Agins also quipped that “Even if it had been for a Halloween costume, I would have rejected it as too tacky,” and said brand-new merch was marked down to 50% perhaps reflecting “the true value of the shoddy collection.”

Lastly, we can’t discount the fact that the collection was smack in the center of the family’s wheelhouse in 2011, but now is probably looked at as a shameful blip on their newfound fashion dossier.

There’s no way a family who now goes to the Met Gala, covers Vogue, wears Givenchy wedding gowns, and sits front row at Paris Fashion Week wants to be affiliated with tacky clothes at Sears, especially if they’re not making any money. Nope, not on Kanye West‘s watch.

So, fare thee well cheetah-print polyester bodycon dresses—it really is the end of an era.