M.I.A. Scott Disick didn’t attend Kourtney Kardashian’s wedding to Travis Barker. The Talentless founder was nowhere to be seen during his ex’s Italian wedding, but he left some clues on his Instagram about his whereabouts.

On May 21, 2022, Scott posted a photo of a window on a plane on his Instagram story and captioned it, “Where 2?” He followed up the story with another photo on the plane captioned, “Next stop, the beach.” The posts coincided with Kourtney’s wedding in Italy to Blink-182 drummer Travis Barker. The entrepreneur wasn’t invited to what marked the couple’s third wedding ceremony, according to TMZ.

Kourtney and Travis got married legally on May 15, 2022, in a courthouse in Santa Barbara, CA after a “practice wedding” in Las Vegas on April 3, 2022. Neither Scott nor his kids were in attendance at the first two weddings. Kourtney and Scott share three kids together: Mason, 12, Penelope, 9, and Reign, 7. “Just me and my boy,” Scott captioned one of his posts as his kids had fun in a pool on the same day of the courthouse wedding.

Their kids also were not in attendance at their mom’s engagement in October 2021. The Poosh founder regretted the decision of not inviting her children to the engagement. “I do wish that my kids were here,” Kourtney said during an episode of The Kardashians. “I think it would have made them feel more included in the decision, kind of, and like part of the surprise. I know that my mom made that decision and it probably wasn’t her best.” However, the kids were in attendance at the wedding in Italy. 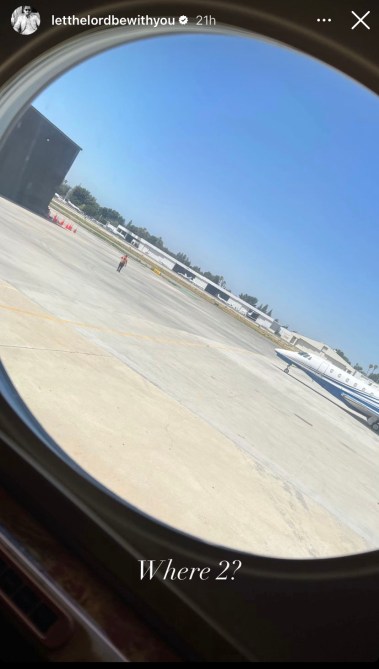 Scott has not been taking the news of his ex-girlfriend being engaged and married to another man well. “He avoids family get-togethers that Travis is at, and he has refused to be in the same room with him at times,” a source told Us Weekly in October 2021. On the other hand, things are still going strong between Scott and his new girlfriend Rebecca Donaldson. The pair made their red carpet debut at The Kardashians premiere in Los Angeles on April 7, 2022.