By the end of the month, life could look very different! Your Scorpio horoscope for October 2022 says you’re approaching a period of accelerated growth, so strap yourselves in and get ready for a wild ride. Luckily, as Mercury retrograde comes to an end on October 2, stationing direct in your 11th house of hopes and ideals, you’re learning so much about who you are and what you really want.

Mercury isn’t the only planet that’s no longer retrograde, because Pluto retrograde will also come to an end on October 8. As the planet of creation and destruction begins moving forward in your third house of communication, you’re learning more about the nuances of expressing yourself to others. If someone’s been subtly putting you down in your interactions, it’s time to take control over your dynamic and shift the way you choose to respond.

As a full moon in Aries rises in your sixth house of work, health and productivity on October 9, you may be realizing how you’ve been depleting your tank and neglecting your responsibilities to your own well-being. However, you may also be seeing the results of all your hard-work, especially if you’ve been committing to healing your mental and physical well-being. When Mercury enters your 12th house of dreams and spirituality on October 12, it will also encourage you to look inward and tend to your spiritual needs as well. Don’t forget that your external reality starts from deep within. 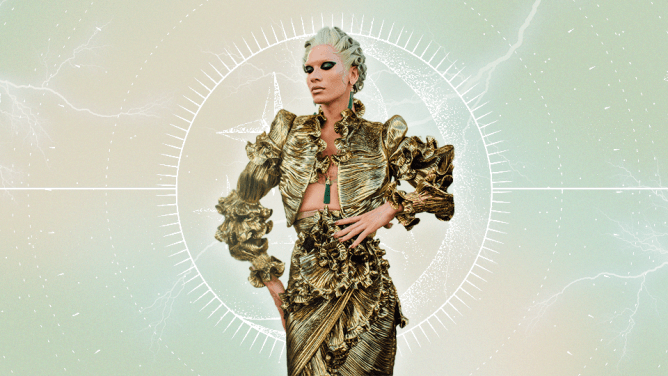 Scorpio season begins on October 23, which is also the same day that romantic Venus will slide into your first house of the self, making you feel that much hotter. Everyone knows you’ve got that “special something” that makes you so appealing, so start rocking it! Even though Scorpio season is bringing you a confidence boost and a renewed sense of direction, it may at first make you feel totally unmoored. After all, a solar eclipse in Scorpio takes place on October 25, which could be the spark that lights a fire of permanent change in your life. Make no mistake—you’re being sped up toward your ultimate destiny, so trust in whatever comes next!

Your love life is about to get interesting as Jupiter retrogrades back into Pisces, activating your fifth house of crushes and flirtations on October 28. If you’ve been longing for a passionate affair, autumn may be the season in which it happens! This shift could also inspire you to reconnect with the art projects and creative endeavors that have brought you so much joy in the past. Take advantage of this temporary boost in pleasure and magic, because Jupiter will only be in Pisces until the end of the year.

By the time Mars—your ruling planet—stations retrograde on October 30, you may feel even more frustrated than usual, as though you’re not receiving the attention and devotion that you deserve. This could leave you feeling as though you’re losing control, but over the course of the next six weeks, this retrograde will set you up for taking back ownership over what’s yours.