Looking back. Scarlett Johansson’s husband, Colin Jost, isn’t the first time the Marvel star has been married. Before she found The One in the Saturday Night Live cast member, ScarJo was married twice and had several other relationships in Hollywood. But who else has she dated? Read on to find out.

ScarJo, who has been a working actor for more than 30 years, told Seventeen in 2007 that she doesn’t search for love and lets love come to her. “When I’m single, I don’t focus. I focus on a guy if he’s a boyfriend, but I don’t focus on finding a boyfriend. They’re never around when you want them,” she said at the time.

That same year, she also reiterated to The Telegraph that she prefers to be in monogamous relationships. “?I do think on some basic level we are animals and by instinct we kind of breed accordingly. But, as much as I believe that, I work really hard when I’m in a relationship to make it work in a monogamous way,” she said at the time.

So who is Scarlett Johansson’s husband, Colin Jost, and who else has she dated in Hollywood? Read on for her relationship history. 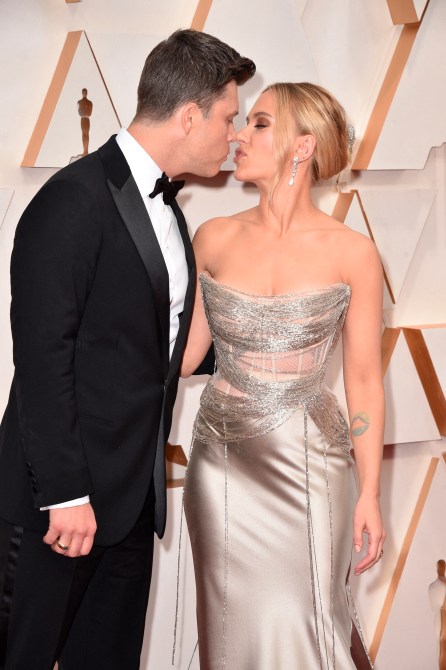 Johansson and Jost met in 2006 when the Black Widow star hosted Saturday Night Live for the first time and the comedian had just been hired as a writer. They didn’t date until May 2017 when they were seen kissing at SNL’s season 41 finale party. ScarJo had returned to SNL that May for a cameo. The couple confirmed their relationship on the red carpet in November 2017. The couple got engaged in May 2019 after two years of marriage, and announced that they had gotten married in a secret wedding in October 2020. In July 2021, news broke that Jost and Johansson were expecting their first child together, which is why ScarJo had to miss press for her movie, Black Widow, at the time. “Scarlett is pregnant but has been keeping it very quiet. She has been keeping a very low profile,” an insider told Page Six. “She hasn’t been doing many interviews or events to promote Black Widow, which is surprising since it is a huge Marvel/Disney release and she is both the star and an executive producer.” 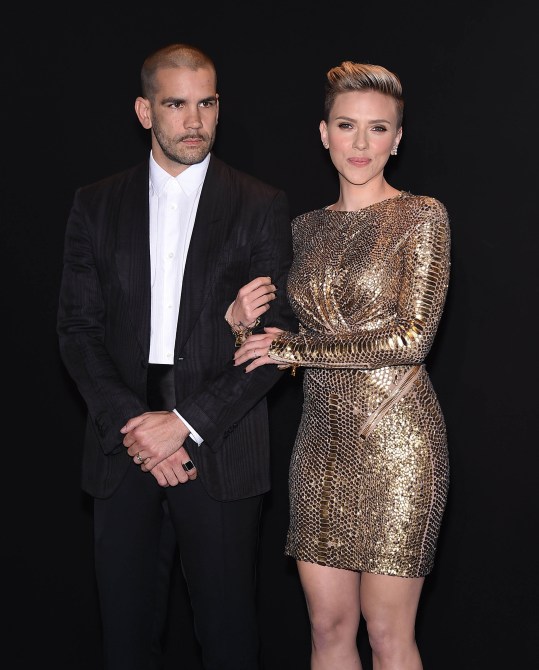 Dauriac, a French journalist, and Johansson sparked dating rumors in October 2012 after they were seen on a date in New York City. The former couple married at the Ranch in Rock Creek in Philipsburg, Montana, in October 2014, and welcomed a daughter named Rose Dorothy that same year. The two split in January 2017 after two years of marriage. 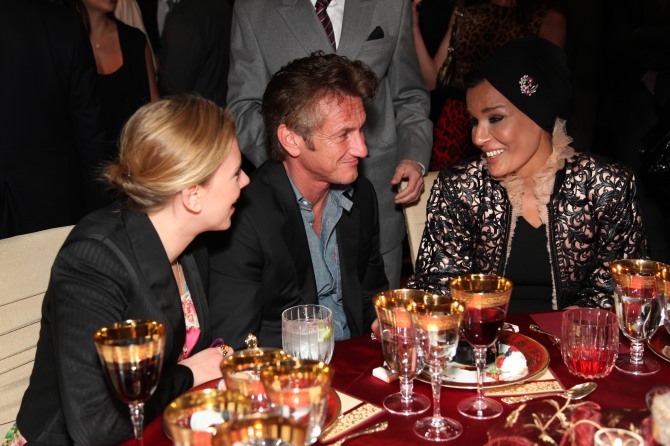 Johansson and Penn confirmed their relationship at Reese Witherspoon’s wedding to Jim Toth in May 20211. However, the couple split in June of that year. A source told Us Weekly at the time that Penny wasn’t looking for anything “serious” after his divorce from Robin Wright. Wright and Penn split in 2010 after 14 years of marriage. 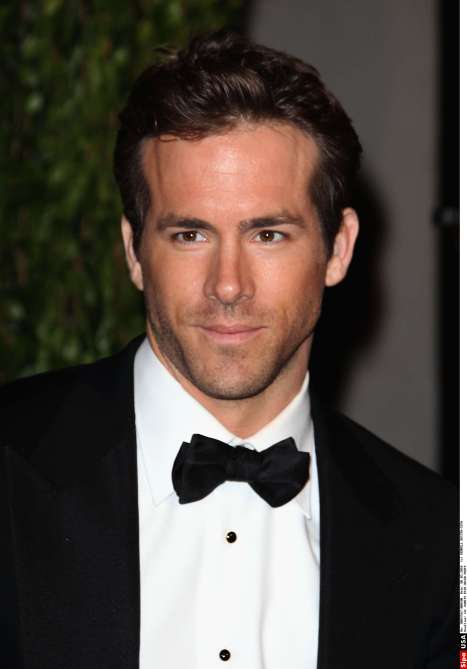 Reynolds and Johansson started dating in 2007. The former couple married in 2008 and finalized their divorced in 2011. In a statement in December 2010, Johansson and Reynolds confirmed their split after two years of marriage. “We entered our relationship with love, and it’s with love and kindness that we leave it,” the former couple said in a joint statement at the time. A year after he finalized his divorce with Johansson, Reynolds remarried with Blake Lively, whom he met on the set of the 2011 movie Green Lantern. The couple share three kids: daughters James, Inez and Betty. 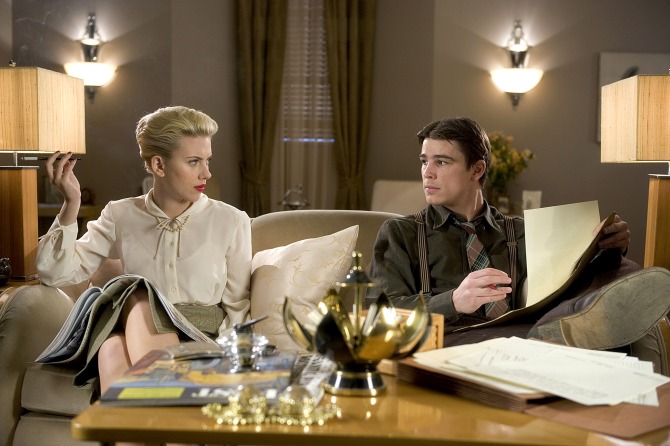 Johansson and Hartnett, who starred together in 2006’s The Black Dahlia, started dating the same year their movie was released. Their relationship lasted for more than a year until the former couple split in 2007.  “At the end of the day we’re just ordinary people, and it didn’t work,” he told the Mirror UK at the time. The insider also noted that the breakup was “really painful.” 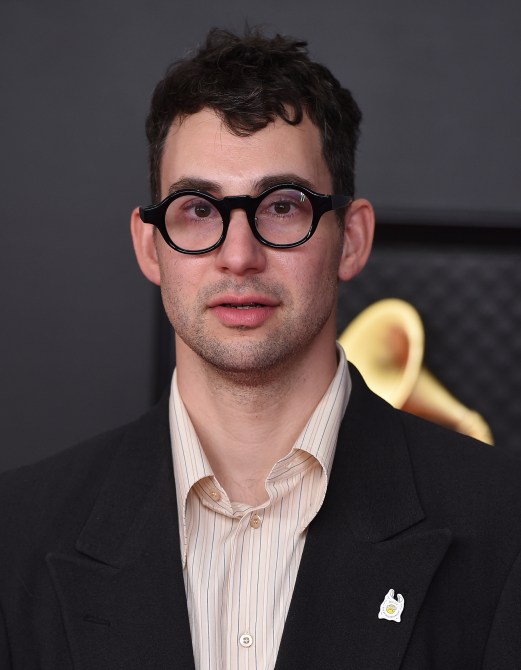 Johansson and Antonoff go way back. The two dated from 2001 to 2002 while attending the Professional Children’s School in New York City. Antonoff even took Johansson to prom, according to Us Weekly.