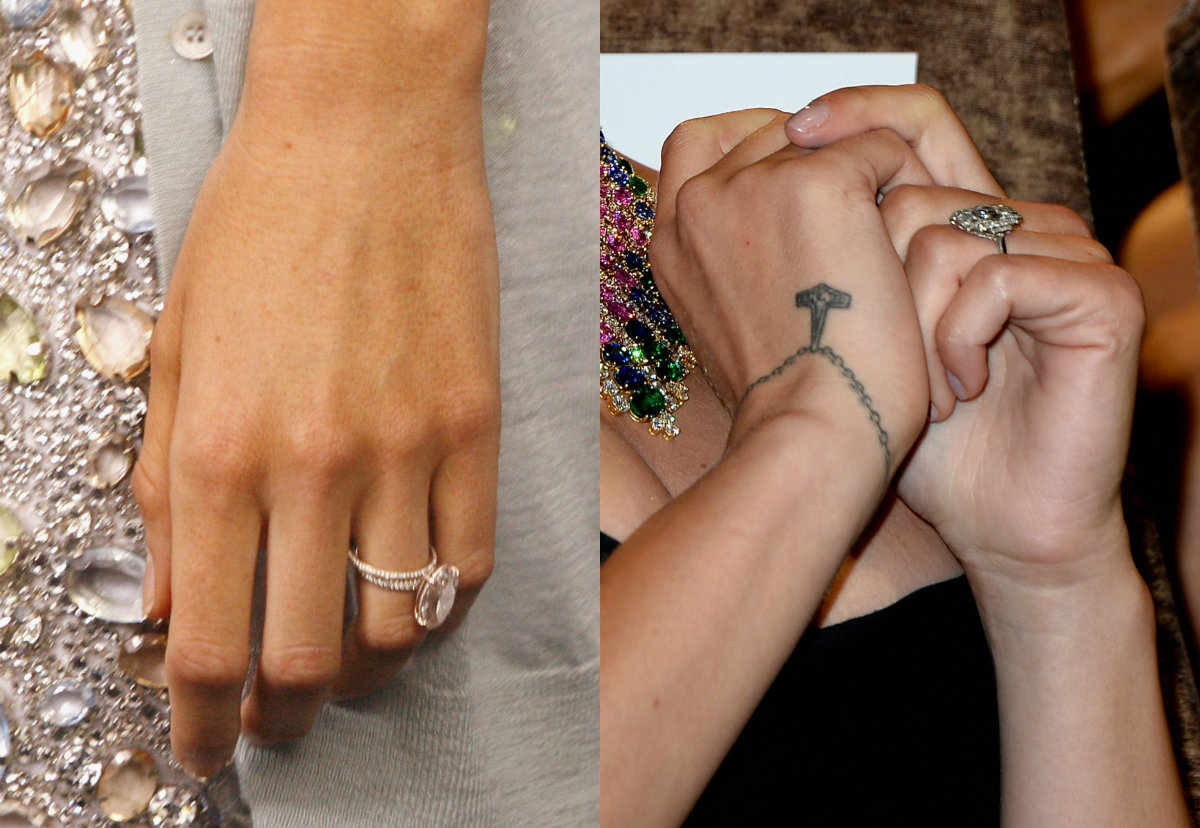 It looks like Scarlett Johansson has officially found love again! The 28-year-old actress is engaged to her French journalist boyfriend Romain Dauriac, who she has been dating for about ten months. Her rep confirmed the news this morning, stating, “I can confirm that Scarlett and Romain are engaged. They haven’t chosen a date for the wedding.”

More: Everything You Need to Know About Ryan Reynolds and Blake Lively’s Wedding

The rumors that ScarJo is set to walk down the aisle again started earlier this week, when she appeared at the Venice Film Festival showing off a serious sparkler. This is the second marriage for the bombshell, who was previously married to actor Ryan Reynolds from 2008 to 2010. As we all know, Reynolds moved on slightly faster, tying the knot to Blake Lively in a secret wedding exactly one year ago, almost to the day.

Coincidence? Most likely, but we couldn’t resist a good, old-fashioned engagement ring bling-off. In the left corner, we have 26-year-old Lively’s rock, which is a massive oval cut diamond that reportedly cost the actor around $2 million. Meanwhile, Johansson’s new ring is positively enormous as well, and looks a bit like costume jewelry to us.

Either way, these are both fabulous sparklers, but we want to know which you prefer!