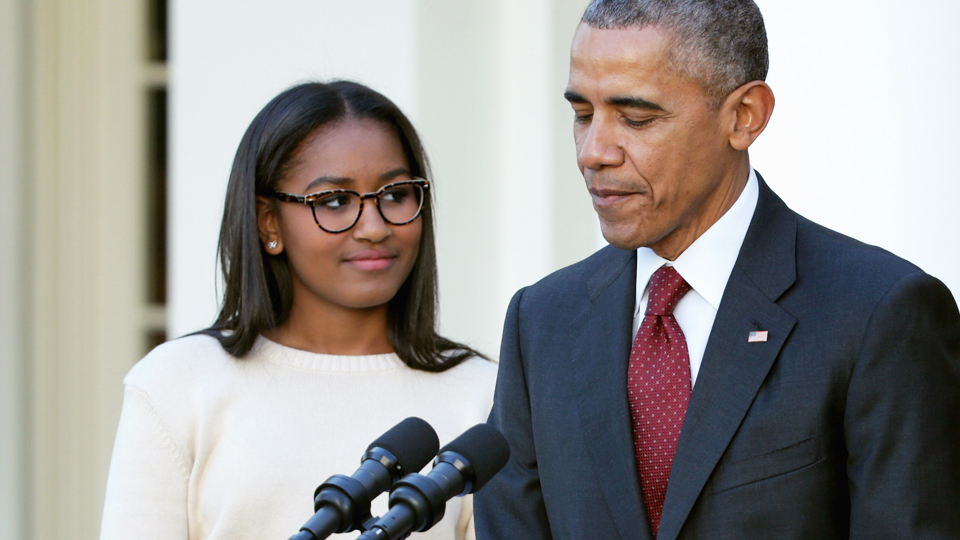 While trying to call out Donald Trump and his trigger-happy tweeting yesterday, Barack Obama has inadvertently sent the internet on a hunt for his 15-year-old daughter’s Twitter account.

“Everybody can tweet, but nobody actually knows what it takes to do the job until you’ve sat behind the desk,” Obama declared in a speech from Charlotte, N.C., on Tuesday. He then added the kicker: “I mean, Sasha tweets, but she doesn’t think that she thereby should be sitting behind the desk,” immediately sending the nation into a frenzied hunt for the teen’s secret account. Sorry Sasha, but it looks as though your covert days on Twitter are over.

Predictably, the internet’s response to his comment has been hilariously tongue-in-cheek. Case in point:

Wonder how much trouble Obama is going to be in with his daughters tonight. The hunt for Sasha Obama’s secret Twitter account begins.

Twitter users have jokingly thrown out a few early contenders for Sasha’s fake account including @DeniseBriceno who wished Malia a happy birthday on July 4, and @oblivionniall, who says her dad is Obama and she even has the t-shirt to prove it.

Happy bday to my sister Malia Obama!Makes sense that our dad is the president & she was born on the 4th of July aka USA’s Independence Day🇺🇸

Of course, there’s the possibility Obama simply misspoke—the President and First Lady have said in the past that their daughters’ use of social media is restricted for glaringly obvious reasons, and neither of the girls has a public account. “I still am not a big believer in Facebook for young people … particularly for them, because they’re in the public eye,” Michelle Obama said during a 2013 interview with Barbara Walters. “Some of it’s stuff they don’t need to see and be a part of … So we try to protect them from too much of the public voice.”

MORE: This Is Where the Election Candidates Stand on Equal Pay