23-year-old Sarah McDaniel has a lot of things going for her—she’s a model, actress, filmmaker, social media influencer and female entrepreneur. But she’s got one unique feature that’s always threatened to define her: her two-different-colored eyes. One is a warm, chocolate brown; and the other is a brilliant blue-green. And her gorgeous eyes definitely stand out.

We sat down with McDaniel to understand how this unique feature has affected her life and her career—and she had plenty to say.

StyleCaster: When did you first realize your eyes were different from everyone else’s?
Sarah McDaniel: Probably elementary school. People started asking me if they were contacts or if they were fake—and it didn’t make me feel good at first. I felt like I had to explain myself a lot. I wanted to just be normal and not answer those kinds of questions every day. [Editor’s Note: After publishing this story, we received many comments that McDaniel’s claim of being born with Heterochromia Iridum may be false. We reached out to McDaniel’s representative, who vehemently denied that her client has misrepresented herself at any time, and maintains that McDaniel was born with the condition.]

Were you ever bullied because of your eyes?
I get asked this question a lot, and I think it was more so a lot of other things going on with my body. I was kind of overweight, my teeth were not so straight, and I was really, really socially awkward… I’d moved every year since I was 8. I didn’t understand the whole social realm of things, so I kind of kept to myself. I also wore the same whale T-shirt every day that I thought was really cool, so people had their pick of things to make fun of me for.

When did you start to embrace your different-colored eyes?
Once I started to model, that’s when I realized it wasn’t something I should hide. Though there were a lot of times [when I was told otherwise.] My agent [at the time] and different companies that I worked with sometimes said they wanted to put a contact in, so I had two of the same eyes because they thought the two different colors would take away from whatever their design was. I think social media was ultimately the thing that pushed me into embracing it. There are a lot of people on Instagram now embracing their different bodies. It’s really beautiful.

Did it ever bother you that they wanted to make your eyes look the same?
My agency decided I would be more widely accepted if I was “normal,” like everybody else. There actually was a point where I brought my dad to a meeting with me, just to stand up for me. When you’re 16 and being told all these things about your body and how you should change it or make it better, you don’t really know how to respond to it. You want to listen to these people because they’re trying to get you jobs, but when you’re at that age and trying to do your best, you don’t really know how to navigate all those criticisms. 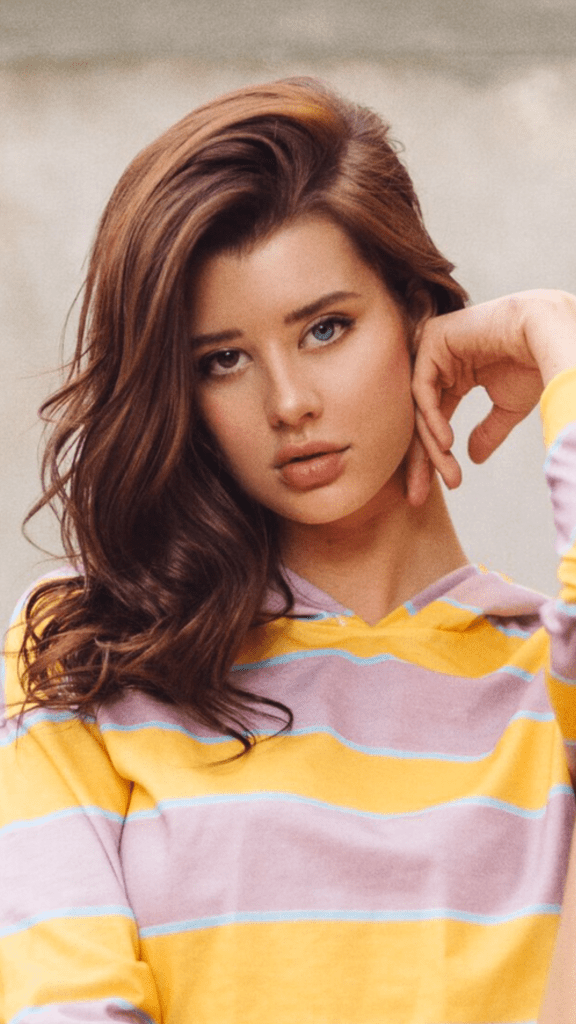 Was there ever a time when you would’ve traded your different-colored eyes for two of the same?
Absolutely. My mom has really beautiful green eyes, and I’ve always wanted green eyes. I think that’s the most rare, interesting color. Ever since I was around 17, I really wanted forest-green eyes.

Tell us a little bit about how you turned this into a platform for acceptance.
When I first started writing articles is really when it all came to light. I didn’t realize that my articles were touching people on a more subconscious level. I think that all my struggles bleed into it. Now I get all kinds of DMs and messages where people say, “Oh, you helped me through a really tough time,” but I never set out to directly say, like, “Hey, guys, we’re gonna get through this!” I think that’s actually cooler, translating this art into something like that.

Who or what do you rely on when you’re feeling insecure?
Looks-wise… every time I would leave a shoot or do a project with a lot of other beautiful women, everyone was always comparing themselves on set. I would always leave with a pit in my stomach over these things that didn’t matter. So cutting out things that I was doing that really had no meaning was a huge boost for my confidence. 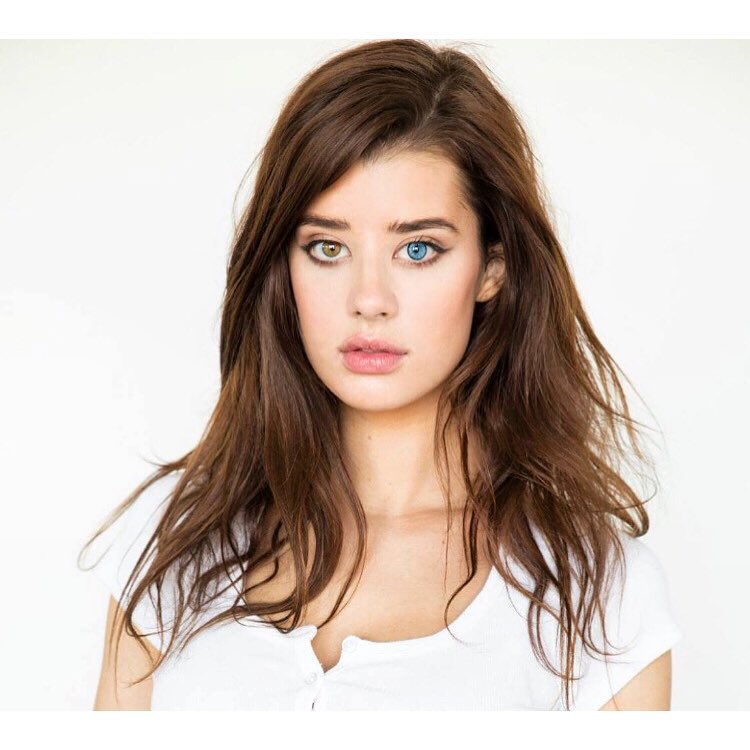 Since she started focusing less on her modeling, McDaniel has been working on projects that she says are more “stimulating” for her. Some of these projects include acting in films and developing a CBD-oil-infused skin-care line, which she’s really proud of. “I developed an acne cream back when my skin was really bad… nothing was really working to fix it. I was kind of losing hope, and it was affecting my modeling and acting,” she says .”I started learning about all the anti-inflammatory and antifungal benefits of cannabis… I purchased some CBD full-spectrum, and suddenly, the acne that I couldn’t get rid of for, like, five years, was completely gone in two weeks.” That’s what inspired her skin-care range, which focuses mainly on anti-acne and anti-aging products. It’s set to launch in October.