The first design from Sarah Jessica Parker’s collaborative effort with Manolo Blahnik is here—courtesy of our friends over at Racked, who spotted it in the latest issue of Lucky magazine—and you may be shocked to discover that it’s a classic black patent Mary Jane. Lest you don’t detect our sarcasm, it’s actually not a surprise in the least—you may recall her “Sex and the City” character, Carrie Bradshaw, spotting a pair in the Vogue fashion closet and subsequently referring to them as an “urban shoe myth.” Here’s the shoe: 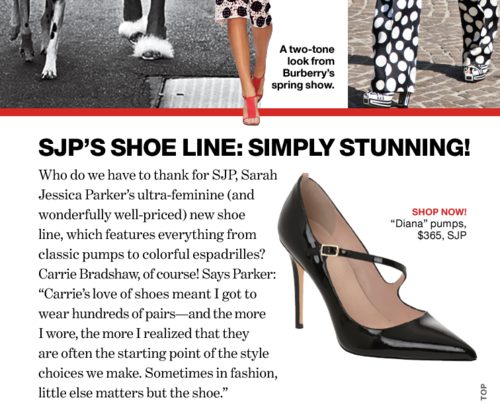 Unlike the traditional design Carrie fawned over, SJP’s creation has a more modern twist, with an asymmetrical strap that reaches from the top of your outer foot to the lower half of your inner arch. The “Diana” pumps, as you can see, are set to retail for $365, and we would be totally lying if we said a small, SATC-worshipping part of us didn’t want to immediately charge a pair of these to our credit card.

“Carrie’s love of shoes meant I got to wear hundreds of pairs—and the more I wore, the more I realized that they are often the starting point of the style choices we make. Sometimes in fashion, little else matters but the shoe,” Parker told Lucky of her design.

MORE: 10 Trends Started By Sex and the City

The last episode of SATC aired nearly ten years ago—can you even believe it?—but the fantasy life and wardrobe of Carrie are still very much implanted in our hearts and minds. Owning a shoe inspired by the pair Carrie most lusted after seems well worth the investment, wouldn’t you agree?

UPDATE: Even more of the designs are appearing in February issues, from Harper’s Bazaar to Glamour, which has the largest collection. Check them out below! The line, priced from $195 to $485, hits Nordstrom stores on February 28, according to SJP’s Twitter. 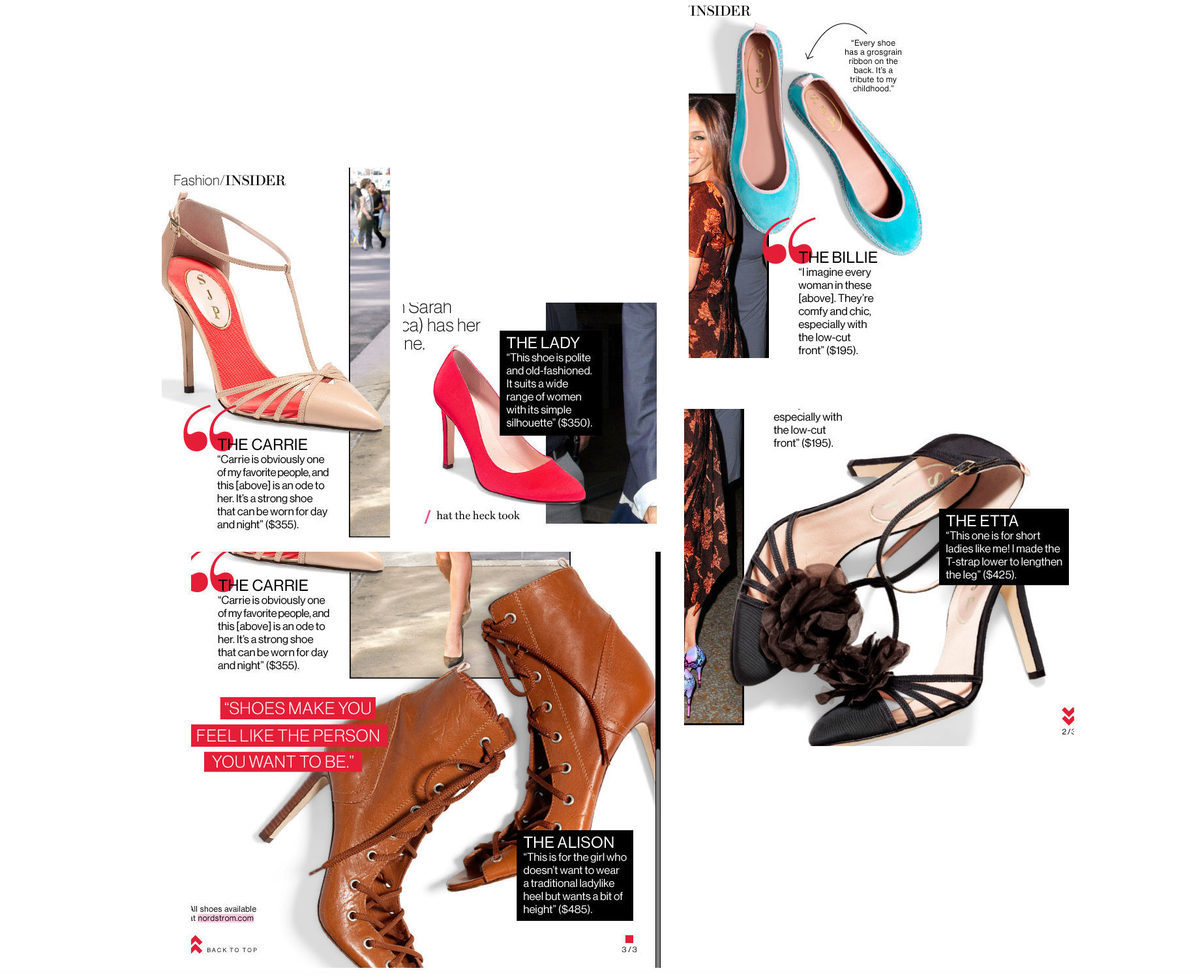 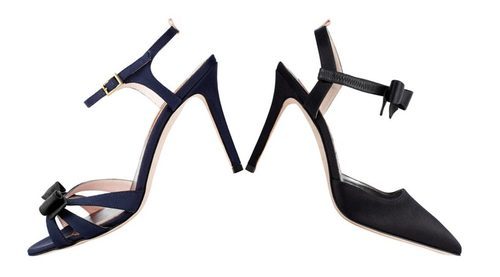