Sex and the City viewers have waited for Sarah Jessica Parker’s response to Chris Noth’s sexual assault allegations ever since they first heard the upsetting news—and now, we finally know what SJP really thinks of her former co-star.

Parker and Noth starred as love interests Carrie Bradshaw and Mr. Big on Sex and the City for six seasons before reprising their roles in the HBO Max SATC revival, And Just Like That… in December 2021. Shortly following the series’ premiere, multiple women stepped forward with claims that Noth sexually assaulted or harassed them in the past. His And Just Like That co-stars—Kristin Davis, Cynthia Nixon and Parker—quietly responded to the allegations in a joint statement, noting that they were “deeply saddened” and would continue to “support the women who have come forward and shared their painful experiences.” Since then, sources have revealed Parker’s private reaction to the news, with one insider telling Us Weekly that she was “heartbroken” by the allegations.

“She is fiercely protective of Carrie Bradshaw and livid that she and everyone else at the show has been put into this position,” the insider told the site on December 29, 2021. “It is not about the money, but rather her legacy. Carrie was all about helping women and now, under her watch, women are saying that they have been hurt.”

The source went on to note that Parker “feels like there has been two deaths,” referring to Noth’s character Mr. Big’s death in the And Just Like That premiere. “She takes the power of being Carrie Bradshaw very seriously. With great power comes great responsibility and although SJP knows this is about him, not her, she feels like she has let everyone down,” the insider said, adding that Parker had “no idea” about the alleged incidents and felt “blindsided” by the reports. Now, Parker still needs time to “process what has happened.” 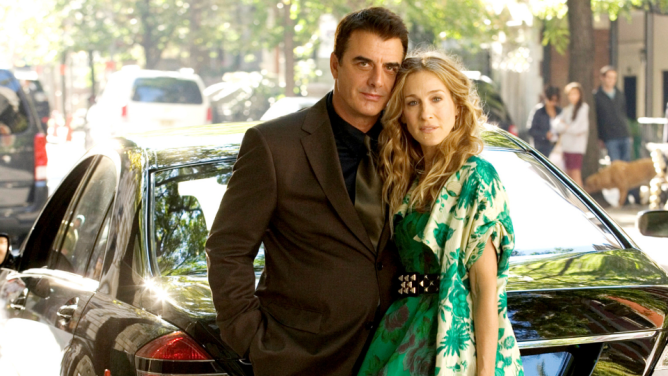 In a December 16, 2021 report by The Hollywood Reporter, two women accused Noth of sexual assault. The women—each triggered to share their stories after witnessing promotional materials of HBO Max’s And Just Like That—both alleged that Noth sexually assaulted them in 2004 and 2015, respectively, after luring them to private rooms. One woman, who went by the name Zoe in the report, alleged that the actor “rape[d] her from behind” without a condom on despite her asking him to use one. “It was very painful and I yelled out, ‘Stop!’” she told THR. “And he didn’t. I said, ‘Can you at least get a condom?’ and he laughed at me.” Lily, the second woman, claimed Noth left her feeling “totally violated” after an encounter in New York City, which took place when he was already married to his now-wife, Tara Wilson.

Noth denied the allegations at the time, telling The Hollywood Reporter, “The accusations against me made by individuals I met years, even decades, ago are categorically false. These stories could’ve been from 30 years ago or 30 days ago — no always means no — that is a line I did not cross. The encounters were consensual. It’s difficult not to question the timing of these stories coming out. I don’t know for certain why they are surfacing now, but I do know this: I did not assault these women.”