One way Sarah Hyland stays confident is through fashion.

Though the bubbly 26-year-old is best known for her role as Haley Dunphy, the boy-crazy, fashion-loving older Dunphy sister, on “Modern Family,” Hyland’s relationship with fashion goes beyond the television screen. The actress—whose third collection with Candie’s, Sarah Styles, dropped today at Kohl’s—recently chatted with us about how fashion and confidence are linked and why she felt the need to shut down her body-shamers (epically, we might add) not too long ago.

“I think confidence has to go into fashion. Fashion isn’t there without confidence,” Hyland said ahead of her new launch with Candie’s.

In May, Hyland was accused of “promoting anorexia” after posting an Instagram photo in her boyfriend’s new apparel line that ironically, benefits the Anti-Bullying Alliance. She received hateful comments about her thin figure, like one user telling her to “eat a burger.”

Not taking the hate, Hyland quickly addressed criticism in series of tweets explaining that her weight loss wasn’t a result of anorexia, but another health complication.

Why she decided to tell her story publicly online? To let people into her life and understand what she is going through.

“Normally, I would ignore comments on that, but it was suggested that I was promoting anorexia, and it’s something that really hits home for me,” Hyland said. “I wanted to open the jar a bit and let people into my life, not fully into my life because it’s a privacy thing, but just to let them know what exactly is going on.” 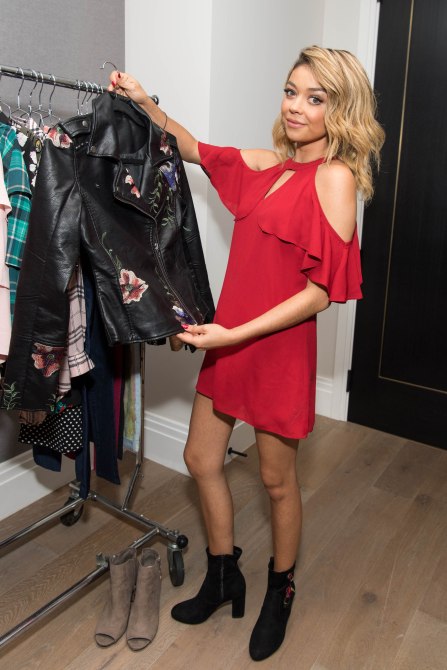 The actress has previously talked about her battle with kidney dysplasia, which required her to receive a kidney transplant in 2012. In her recent Twitter essay, Hyland mentioned that Prednisone, the medication saving her life, also has a side effect that affects her weight and appearance.

Now, two months later, Hyland admits that she keeps the negativity out of her life by surrounding herself with people she loves, and by using fashion as an outlet to boost her confidence every day.

“You are allowed to have days that are not great, but a lot of my confidence comes from fashion,” she said. “When you wake up in the morning, you’ve got frizzy hair, you’ve got morning breath, and then you brush your teeth, put your hair in a bun and put on a fabulous outfit, and you feel like you can conquer the world.”

MORE: Ariel Winter Hits Back at Body-Shamers Who Accused Her of ‘Squeezing’ into Her Shorts 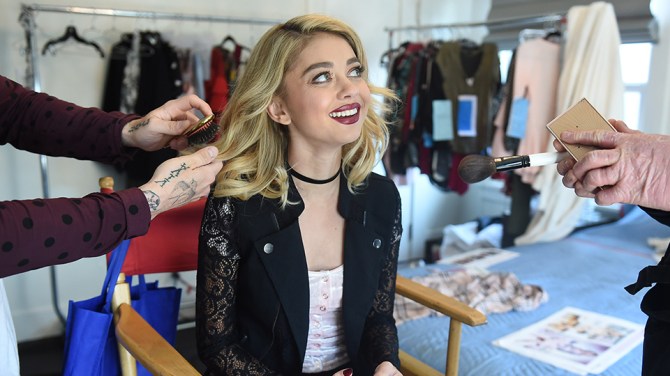 Hyland added that the only way to get past cyberbullying on social media is to move forward and focus on the positive.

“Someone is always going to be too skinny, someone is always going to be too overweight, someone’s boobs won’t be big enough, and someone’s boobs will be too big,” she said. “The only way we can move forward as a society is to be able to be confident in ourselves and to be proud of ourselves and our bodies, and treat each other with love and respect whenever we can and to not let the negative comments affect us.” 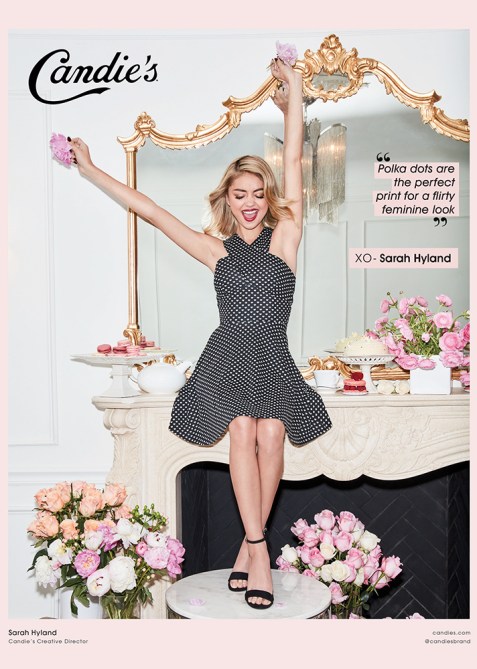 As for her new line with Candie’s, which features styles like off-the-shoulder looks and printed plaids, Hyland said she wanted an edgy, fun, and flirty collection with pieces focused on promoting individuality and confidence.

“We wanted to create a collection that is at an affordable price point for women who will be able to buy all these statement pieces and feel confident about themselves, whether they are going back to school, starting college, or starting their first job,” she said. “It really gives you that confidence where you can be a woman and love yourself and just catch the eye of that one feller.”

One of her favorite pieces from the back-to-school collection, that also captures her eclectic style, is a spunky leather jacket with floral embroidery.

“It’s fun and flirty, but also edgy and can go with anything,” she said.

BRB as we grab our checkbooks.