In the fight to stay relevant in Hollywood, it seems 40-something A-listers Sandra Bullock, Cameron Diaz, and Jennifer Aniston are searching for the “mother of all chick comedies” to star in together. 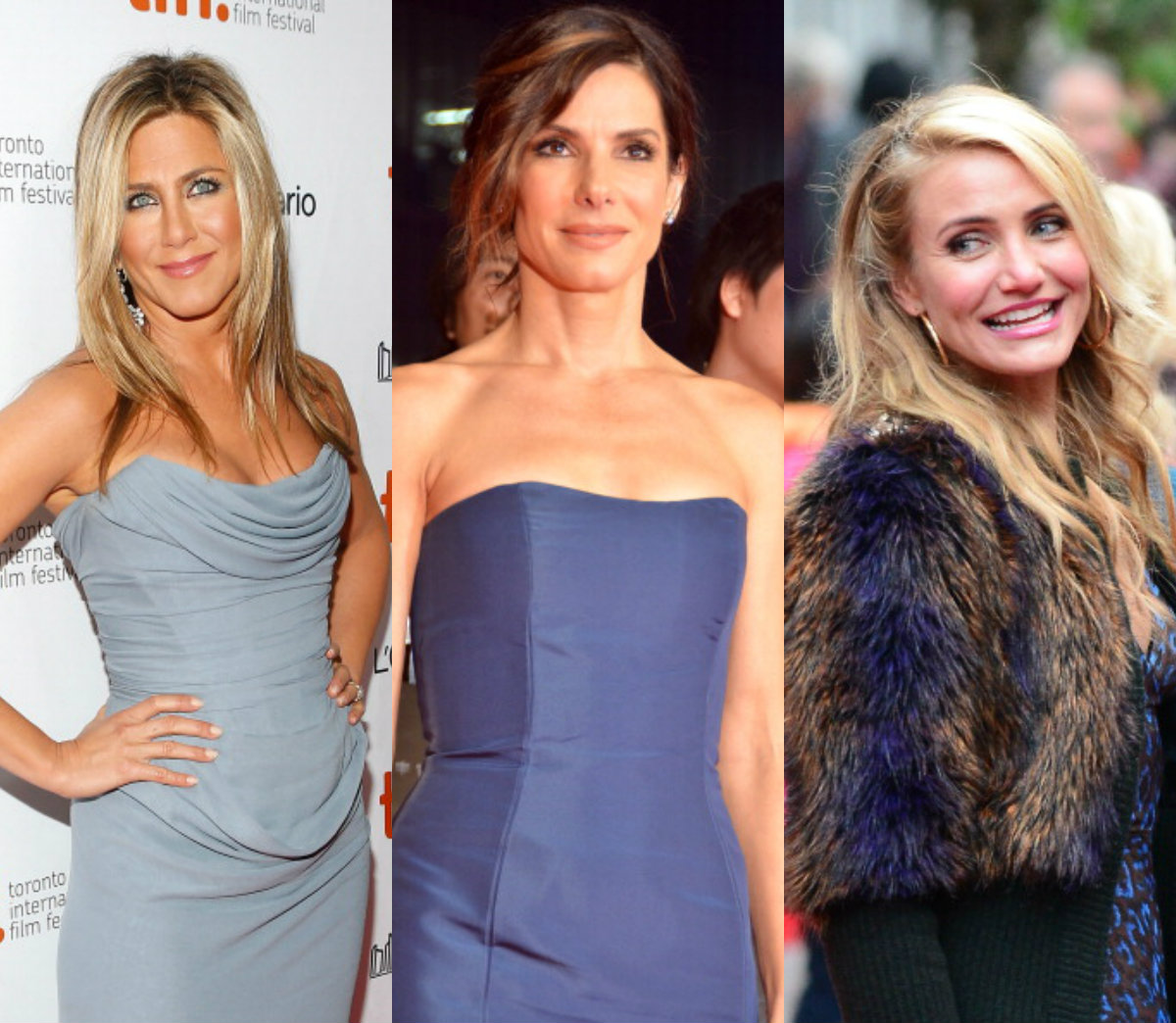 According to RadarOnline, the three stars are hunting for a funny script that would give them all meaty roles, an insider said.

Naturally, our first thought was which actress  would would get top billing? Apparently, it’d be Sandra likely due to the fact she’s the only one of the trio to have bagged an Oscar, and probably will bag another one this year for her role as an astronaut in “Gravity.”

“Sandra is the one who is friends with both Cameron and Jennifer, and would likely get top billing in the project,” noted Radar’s source, who added that “It’s amazing that this is even being considered by this group — and shows that they’re putting aside old rivalries to find ways of staying relevant in recession-racked Hollywood.

Truthfully, we bet a lot of actresses are falling all over themselves trying to get in on the success of “Bridesmaids,” a movie that proved chick flicks don’t have to be something out of the less-than-compelling Reese Witherspoon canon, and could have some meaty roles for women while still being funny.

“Although there isn’t a script or concept in play just yet, the film could do for girl comedies what “The Avengers” did for superhero movies,” the source said. “The success of “The Heat” and “Bridesmaids” has shown that female buddy comedies are the hottest thing going and Cameron, Sandra and Jen would love to work together and rake in box office gold.”

Would you go see a major chick flick starring these three? Let us know in the comments!