You’re a naturally optimistic zodiac sign, Sagittarius. And as luck might have it, your Sagittarius July 2022 horoscope is bringing you a surge of cosmic energy. Make no mistake—the universe is on your side and conspiring to help you! If you’re the type to sleep in late, try to remember your dreams from the night before, as you may have received important information from beyond the veil.

Unfortunately, when combative Mars enters your sixth house of health and work on July 5, you may feel like you’re becoming too critical of yourself as well as the people around you. Try not to demand perfection right now, and remember that mistakes are what make us human! Avoid speaking impulsively throughout, because at the end of the month, the receipts will be revealed. This may throw a wrench in your narrative, especially if you’ve been embellishing the truth. Say what you mean and mean what you say, unless you want to be blurting out things that we regret saying later. Be mindful that you’re staying grounded and practical right now, as this energy could also have us chasing what we believe to be strokes of genius, only to find out later that the idea held little weight.

As a full moon in Capricorn lights up your second house of money and self-sufficiency on July 13, you’re coming to terms with what you need and making sure those needs are met. Instead of sacrificing what is intrinsic to you for something that’s not guaranteed, it’s time to draw the boundaries that protect your resources! 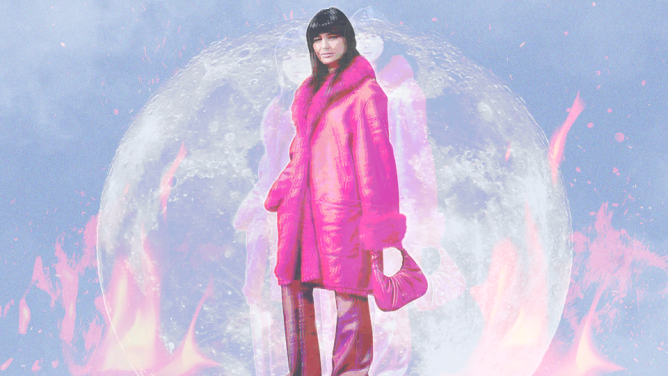 If you’re hoping to connect with someone special, try to arrange for a group outing with your friends on the evening of July 19. A gentle flow of energy will manifest, which can help you mean romantic headway with the object of your affection. Just avoid putting any pressure on the situation, and try not to be overly expressive of your interest, as an applying opposition between the moon and Venus as the witching hour strikes could lead to romantic turmoil.

Leo season kicks off on July 22, and because the sun will be moving through your free-spirited ninth house, it will give you a positive mindset that you are happy to inspire others with. Even if you encounter a few grumpy birds along the way, your charismatic shine is likely to be contagious, which is sure the catch the eye of your latest crush.

The new moon in Leo takes place on July 28, which is enhancing your already peaceful and inclusive aura. People will feel both comforted and at peace with they are around you, which is sure to help any romantic interests let their guard down. Just make sure you’re not expanding all of your energy on others, and plan a reprieve from socialization during the afternoon on the July 28, when Jupiter begins to retrograde through your playful and expressive fifth house.