Murphy, who was born in Indianapolis, Indiana and majored in journalism at Indiana University Bloomington, started his writing career as a journalist at publications like Entertainment Weekly, The Miami Herald and The Los Angeles Times. His Hollywood career started in the late ’90s when Stephen Spielberg purchased his script, Why Can’t I Be Audrey Hepburn?, which led to Murphy’s career as a writer. After a job as a writer on the The WB series, Popular, in the late ’90s, Murphy created his own FX series, Nip/Tuc
k, in 2003. The show, which ran for six seasons, earned Murphy his first Emmy nomination for Outstanding Directing in a Drama Series.

After that, Murphy went on to create other Emmy-winning shows such as Glee
, American Crime Story
and American Horror Story, as well as short-lived series such as The New Normal and Scream Queens. This all led to Murphy’s career now as the showrunner of several Netfli originals, such as Hollywood, The Politician and Ratched. Ahead, we reveal what Murphy made from his Netflix deal (it’s a lot a lot) and how much he’s worth.

How much was Ryan Murphy’s Netflix deal?

In April 2018, The Hollywood Reporter reported Murphy signed a five-year deal with Netflix for $300 million. The deal, which would pay him $60 million each year, came after Murphy left FOX, the network he created Glee and Scream Queens on. “The history of this moment is not lost on me. I am a gay kid from Indiana who moved to Hollywood in 1989 with $55 in savings in my pocket, so the fact that my dreams have crystallized and come true in such a major way is emotional and overwhelming to me,” said Murphy in a statement at the time. “I am awash in genuine appreciation for Ted Sarandos, Reed Hastings and Cindy Holland at Netflix for believing in me and the future of my company, which will continue to champion women, minorities and LGBTQ heroes and heroines, and I am honored and grateful to continue my partnership with my friends and peers at Fox on our existing shows.” 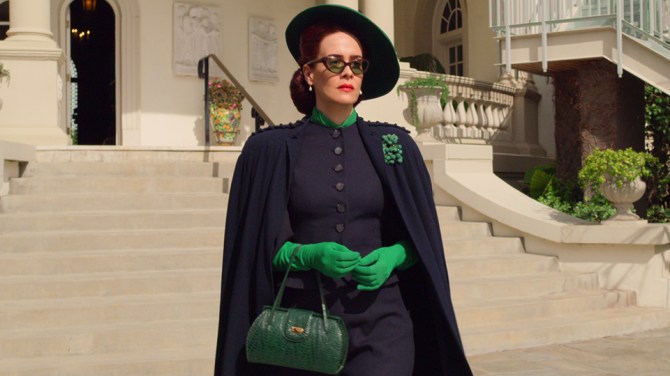 At the Time 100 Summit in April 2019, Murphy announced that Netflix had greenlit 10 of his projects, including four TV shows, three movies and three documentaries. A few of those projects include The Politician (which premiered in 2019), Hollywood and Ratched (both of which premiered in 2020.) The Politician, which was the first of Murphy’s projects, starred Ben Platt as Payton Hobart, a high school senior running for student body president in a high-stakes election. The second season of The Politician, which premiered in 2020, followed Payton as he ran for New York state senate. Hollywood, which ran as a miniseries, reimagined the entertainment industry in the 1950s as a world where people of color, women and members of the LGBTQ+ community were afforded better opportunities. Murphy’s third Netflix series Ratched starred Sarah Paulson (an American Horror Story veteran) as Nurse Ratched, an evil head nurse at an asylum. The series served as the origin story for Nurse Ratched, a character from the book One Flew Over the Cuckoo’s Nest.

What is Ryan Murphy’s net worth?