If you tuned into the premiere of Showtime’s newest series “The Affair” on Sunday, there’s a good chance you haven’t stopped talking about it thanks to an attention-getting twist that proves things aren’t always what they seem. Oh, and there’s sex. Lots of sex.

As for the show’s four main leads, three are familiar to television fans: Dominic West  of “The Wire,” Maura Tierney of “ER” and “Rescue Me” (among other things), and Joshua Jackson—yes, Pacey from “Dawson’s Creek.” The last star is Ruth Wilson—one half of the titular affair—and she isn’t quite as recognizable, at least to American audiences. (Although if you saw “The Lone Ranger you’d know her, but that rules out almost everyone on earth.)

We did some research on the 32-year-old English actress (who plays a Montauk, New York, native in “The Affair,” so her American accent skills are on full display), so read on for 5 things to know about Ruth Wilson! 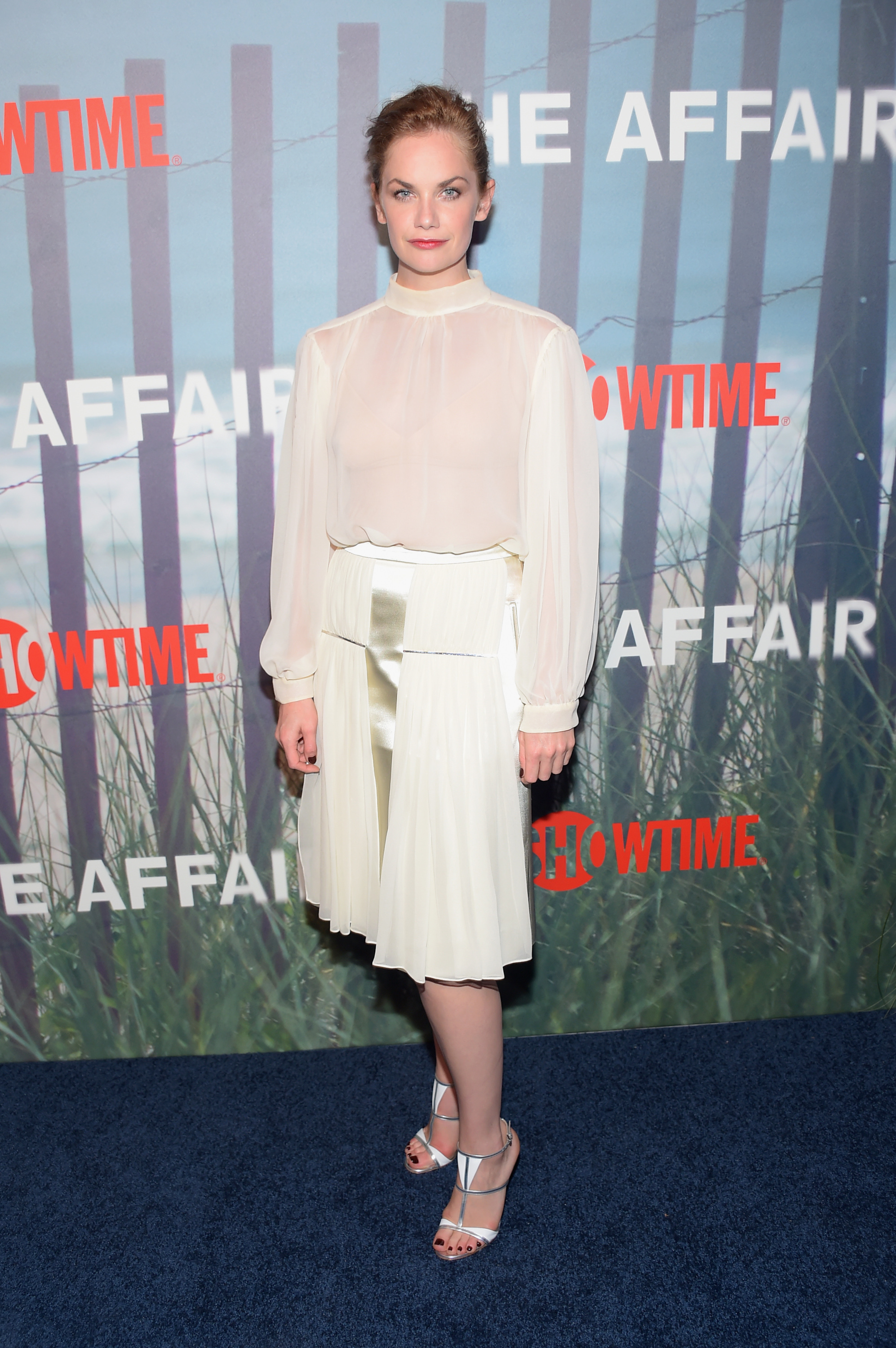 1. She starred in “Luther.”
From 2010 to 2013, Wilson starred alongside Idris Elba in the acclaimed BBC crime drama “Luther,” playing Alice Morgan, a brilliant scientist and murderer who becomes Luther’s confidante throughout the series. The show’s creator, Neil Cross, has mentioned in interviews that the BBC was interested in potentially giving Morgan her own spinoff.

2. She’s got some serious theater chops.
A graduate of London Academy of Music and Dramatic Art, Wilson has appeared in a number of stage productions in England, including Maxim Gorky’s “Philistines,” a revival of a “Streetcar Named Desire,” and Eugene O’Neill’s “Anna Christie” alongside Jude Law, and has won two Olivier Awards (Britain’s equivalent of our Tony Awards.)

3. Speaking of Jude Law…
Wilson and Law were linked in tabloid reports, after having starred together on “Anna Christie,” though neither has ever commented. In an interview with the Daily Mail, Wilson name-checked Michael Fassbender, Guy Pearce, as Ryan Gosling as dream co-stars she also thinks are cute, though admits men she admires tend not be actors, but introspective rockers like Thom Yorke from Radiohead or Blur’s Damon Albarn (whom she says is her “dream man.”)

4. Anna Wintour loves her.
According to the Daily Mail, Wintour called Ruth when she was nominated for her second Olivier Award in 2012, and said she wanted to dress her. “And so I met her in New York and she had found me this beautiful dress by McQ [Alexander McQueen’s diffusion line]. It’s funny, but I did a shoot for Vogue sometime later in this amazing outfit with my hair in a perfect bob, and I thought, “Oh my God, I look just like Anna!” She is lovely; a brilliant woman and a great supporter of British theatre,” Wilson said.

As the Daily Mail pointed out, her arched eyebrows have been described as “eloquent,” “exquisite” and “Bacallian” (a nod to Lauren Bacall.) As for her lip, it’s dramatically been called “pendulous” and a “jutting prow,” while one profile accused her of using her upper lip to “dangerously” exploit her audience.

“It’s something that happens to a lot of people in my profession,’ Wilson said. ‘The critics have to try to identify an actor by picking out something about them that is different. In my case it is so repetitive that it does seem as if my eyebrows and my top lip have acquired a life of their own. It is getting a bit boring, but what can I do?’ she told the Daily Mail.