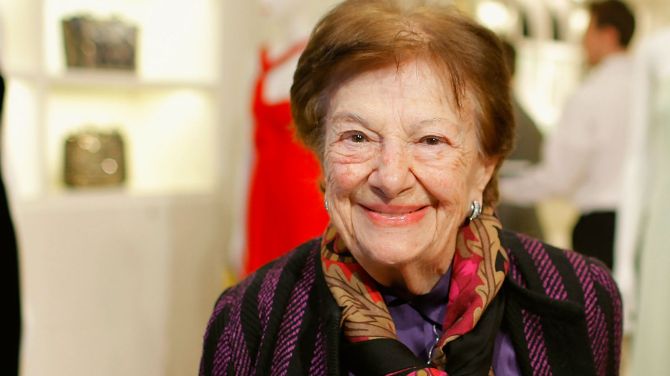 Much has been made of the changing landscape of New York Fashion Week—from designers like Michael Kors moving away from Lincoln Center to IMG’s efforts to limit size of the crowd attending events. Likewise, the dizzying calendar of shows at New York Fashion Week has long been a subject of much discussion in the industry, considering the city hosts some 300-plus shows over just eight days. It’s a grueling ordeal, even for folks who love fashion, so it’s no surprise that the CFDA has been taking “a more active and visible role” in shaping the calendar of runway shows, working with industry icon Ruth Finley, the woman who has been at the helm of The Fashion Calendar for nearly 70 years. (Let that sink in.)

The Fashion Calendar has long been an indispensable tool for editors, PR executives, and insiders, helping to organize the countless events on the industry’s calendar into one, easy-to-digest guide. So how does Finley herself feel about all the changes to the calendar? We spoke to the industry stalwart at a cocktail party celebrating the winners of the Ecco Domani fashion awards, which Finley had helped select.

StyleCaster: How did The Fashion Calendar first get started?
Ruth Finley: I was working on it while I was still in college, sort of long distance. I really started it because two people — two fashion editors who were friends of my family — invited me to tea, and they said, how could they go to Bergdorf Goodman and Saks Fifth Avenue at the same time? Two shows were at the same time! And that’s what gave me the idea. There should be a clearing house, so there wouldn’t be conflicts. [ … ] Actually, Fashion Week began in the ’30s, and it was just called Press Week. It was just for the press [ … ] It took a lot of work to teach people what we were doing — so there would be no conflicts. At that time, most of the shows were in stores, and designers weren’t using their names. If a designer sold at Saks Fifth Avenue, [the label] said “Saks Fifth Avenue,” not the designer’s name. And then all that changed.

How do you do it all?
It’s really so difficult [to organize everything]. Now we have 300 shows in eight days. It used to be about one show an hour — maybe eight shows a day.

Do you think it’s a good idea to set limits around how many shows there are during New York Fashion Week?
I don’t think so, frankly. There’s too many young people that want to show, and they need to have the chance. I really believe young designers like these — you’ve got to give them the chance.

What do you think of the Fashion Week “scene”?
It’s great having a group of them all in one place. This year, there are not enough at Lincoln Center. Carolina Herrera decided to stay there, which is great. Some of the others have left, and that creates a problem, so we’ll see what happens … If they want to come back to Lincoln Center.

Do you still go to the shows? Which ones do you look forward to?
I do. I like to see different ones — new ones, established ones, sort of a variety.