Werk hard play hard. RuPaul’s net worth is why she’ll always be one of Hollywood’s most successful drag queens. But before we dive into how much RuPaul is worth, let’s look back on her career and ascent into the drag icon she is today.

RuPaul, whose full name is RuPaul Andre Charles, was born in San Diego, California, on November 17, 1960. Her parents divorced in 1967, and she went on to live with her mom and three sisters. At 15 years old, RuPaul moved to Atlanta to pursue a career as a performer. In the years that followed, RuPaul went on to work as a backup singer for Glen Meadore and alongside drag queen icon Vaginal Davis. In 1993, RuPaul released her debut studio album, Supermodel of the World, which featured the hit single, “Supermodel (You Better Work).” RuPaul went on to sign a modeling contract with MAC Cosmetics and publish an autobiography, Lettin’ It All Hang Out
.

In 1996, she became the host of her own talk show, The RuPaul Show, which became the start of the TV hosting career before the role most fans know him for today: the host of RuPaul’s Drag Race. RuPaul’s Drag Race, a reality TV competition that pits drag queens against each other in creative challenges, premiered on Logo TV in 2009. The show moved to VH1 in 2017 and has since released more than a dozen seasons, as well as spinoffs.

In her autobiography, RuPaul revealed that she uses both he/him and she/her pronouns. “You can call me he. You can call me she. You can call me Regis and Kathie Lee; I don’t care! Just as long as you call me.” There’s no doubt RuPaul is one of the most successful drag queens of all time. So what is RuPaul’s net worth? Read on for what we know about how much RuPaul is worth and what she makes on RuPaul’s Drag Race. 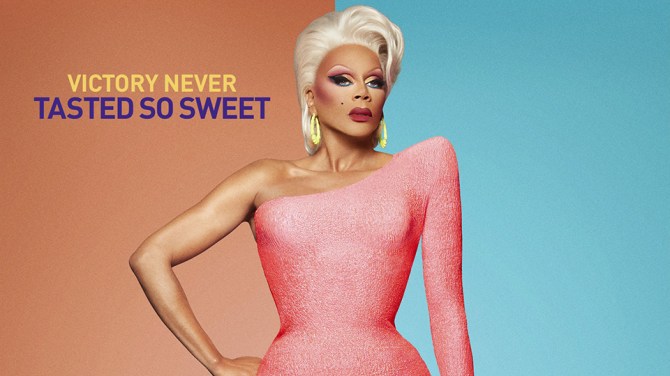 What does RuPaul make from RuPaul’s Drag Race?

TV Guide reported in 2013 that RuPaul made $50,000 per episode of Drag Race. At the time, Drag Race would produce between around nine and 16 episodes per season, so on a good year, RuPaul would take home around $800,000 per season for her role as the host, head judge, mentor of Drag Race. She also has a producing credit on the show. However, that was what RuPaul’s salary was back then when Drag Race was on Logo and not VH1. It’s unclear how much Ru makes per episode now.

In an interview with Time in 2017, RuPaul talked about how RuPaul’s Drag Race introduced drag to a wider audience across the United States. “I think it has broken through with many people, but in terms of the critical mass, it’s still not really broken through, and it can’t break through, because it would require the critical mass to look at themselves with X-ray eyes, and understand who they are beyond what it says on their driver’s license. And that is a tall order for the critical mass,” she said at the time. “Most people have no idea that there is a consciousness beyond the thoughts that they think.”

She continued, “And drag is the physical embodiment of understanding who we really are. And who we really are is, for lack of a better term, God experiencing humanity, God experiencing life in human form and having fun with it. Drag takes it to the next level, which is — Oh, I can do whatever I want? Yeah, you can! Most people think, Oh, I have to choose one thing and stick with it forever.”

RuPaul also talked about how the opinion of drag was much different when RuPaul’s Drag Race first premiered in 2009. “When our show started, drag had been way underground, probably more than it had been in at least 40 years, because the Bush era of fear, 9/11 and all that was really terrible for drag. When our show started, it was part of — it wasn’t responsible for, but it was part of — this bigger movement, this opening up that came along with Obama and so many other things globally that were open,” she said.

RuPaul also told Oprah Winfrey in a past interview why she was drawn to drag in the first place. “You know, I’m an opportunist and a show-off, so I knew show business would be my path,” she said. “I didn’t know how it would work, but I kept an open mind. Then I was in bands in Atlanta, and drag sort of happened to us. It was very different from the kind I do now—it was punk rock, with combat boots and smeared lipstick. But I knew I had power in drag because of the reaction I got from people.”

She also explained why drag has become so popular, especially with younger generations. “There’s a new breed of young people out there. We do a convention called DragCon, and the kids who come are smart. They’ve almost got a new belief system that’s completely of the 21st century. Our show speaks to that forward-thinking voice. They see the kids on our show overcoming adversities and realize, I can do that,” she said.

What is RuPaul’s net worth? 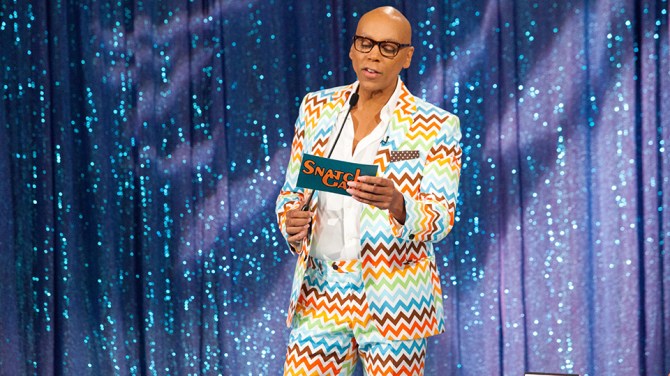 The question we all want to know: What is RuPaul’s net worth? According to Celebrity Net Worth, RuPaul is worth $60 million, which accounts for the money she makes from Drag Race, as well as other outlets. Along with Drag Race, RuPaul has released 13 studio albums. She’s also an executive producer and creator on Drag Race spinoffs, like Canada’s Drag Race and RuPaul’s Secret Celebrity Drag Race. In January 2020, Ru also was the creator and star of the Netflix series, AJ and the Queen. The show was cancelled after one season. RuPaul’s net worth also includes the money she made from other projects, such as her 2013 makeup line with Colorevolution, her perfume “Glamazon” and the sales from her books: 1996’s Lettin’ It All Hang Out and 2010’s Workin It!.

In an interview on The Ellen DeGeneres Show in 2022, RuPaul revealed the most surprising thing she’s done for money before she became a multi-millionaire. “I used to sell dime bags,” she said. “Little bags that have dimes in them. You know, it’s helpful. Because a lot of times, people are driving cars and they want to park a car, they don’t have dimes. You need dimes to put in the meter. So, I would tell them to.”

RuPaul told Money in 2018 that her success comes from the work ethic her parents taught her. “My parents were country people from Louisiana who endured racism and were systematically put down [by others]. They inherited that concept of themselves from their parents, and I inherited it from them,” she said. “So I had to break the shackles of who I thought I was. It’s important to know that you can’t bring everyone with you. Certain people feel, once they cross a certain threshold of wealth, that they have to bring everybody from the neighborhood with them, or their whole family. A lot of performers will have their love interest as their manager—that’s also a big mistake. There are a few exceptions. Céline Dion was very successful having her love interest as her manager, but how many Céline Dions are there?”

As for how she spends her money, RuPaul told Money that her gowns for each season of RuPaul’s Drag Race cost around $10,000 each, with 14 gowns per season. “You know, years ago, lace-front wigs were very expensive,” she said. “They’re not as expensive anymore because they have machines that make them. But years ago, when I was buying lace-front wigs, it would be two wigs: the front, which had the lace on it, and the back, which was a support wig. It emulated your own hairline and was measured to fit your head. It was bespoke. And that would cost about $1,500 [back then]. Now you can get a lace-front wig for $80. It’s made by a machine and made for everybody, so you have to cross your fingers and hope it works.”

While she knows some numbers, RuPaul told Money that she’s never calculated the total amount she’s spend on her drag wardrobe. “I do know the end result is worth a million dollars [laughs]. It’s really all about the end result and what effect it has on people. I don’t know how much it costs. It’s a lot. It takes a lot of people. I have hair people and makeup people and people who help me get it all on. It’s a big production,” she said.

RuPaul’s Drag Race is available to stream on Hulu. Here’s how to watch it for free.