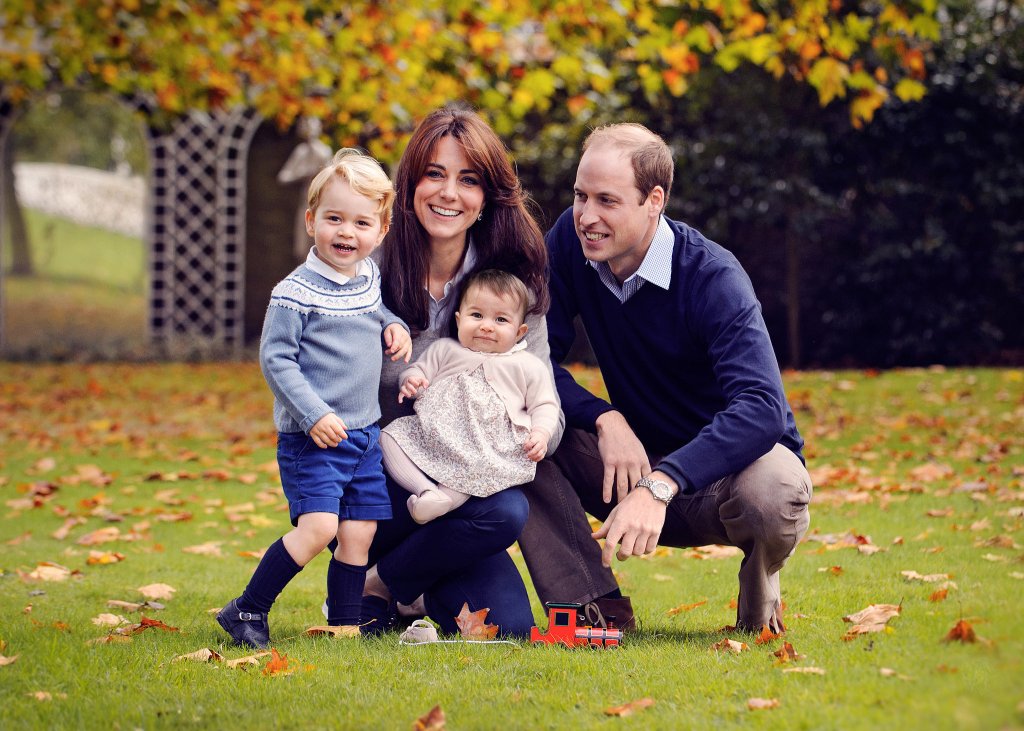 The royal family just released a Christmas card packed with so much cuteness, we’re struggling to deal. In the holiday card portrait, Prince William and Kate Middleton smile and pose with their two children, Prince George, two, and Princess Charlotte, seven months. As in every shot we see of him, George looks like he’s about two minutes away from serious mischief—whenever there’s a camera or a crowd nearby, the royal toddler knows just how to turn it up and turn it on.

Captured at Kensington Palace, the photograph was taken by Chris Jelf, who said in a statement: “I thoroughly enjoyed photographing a very lovely family, although you have to be sharp as you don’t have long when there are two young children involved!”

Early this morning, the picture appeared on Kensington Palace’s Instagram account, along with a caption: “Merry Christmas from The Duke and Duchess of Cambridge, Prince George and Princess Charlotte. The Duke and Duchess are hugely appreciative of all the warm messages they have received about their family this year and are very much looking forward to their first Christmas as a family of four.”

At the same time, the family also announced that Prince George will start nursery school next month at Westacre Montessori Nursery in Norfolk, which is about 100 miles north of London. That means adorable private-school-uniform photos are in our future, folks!