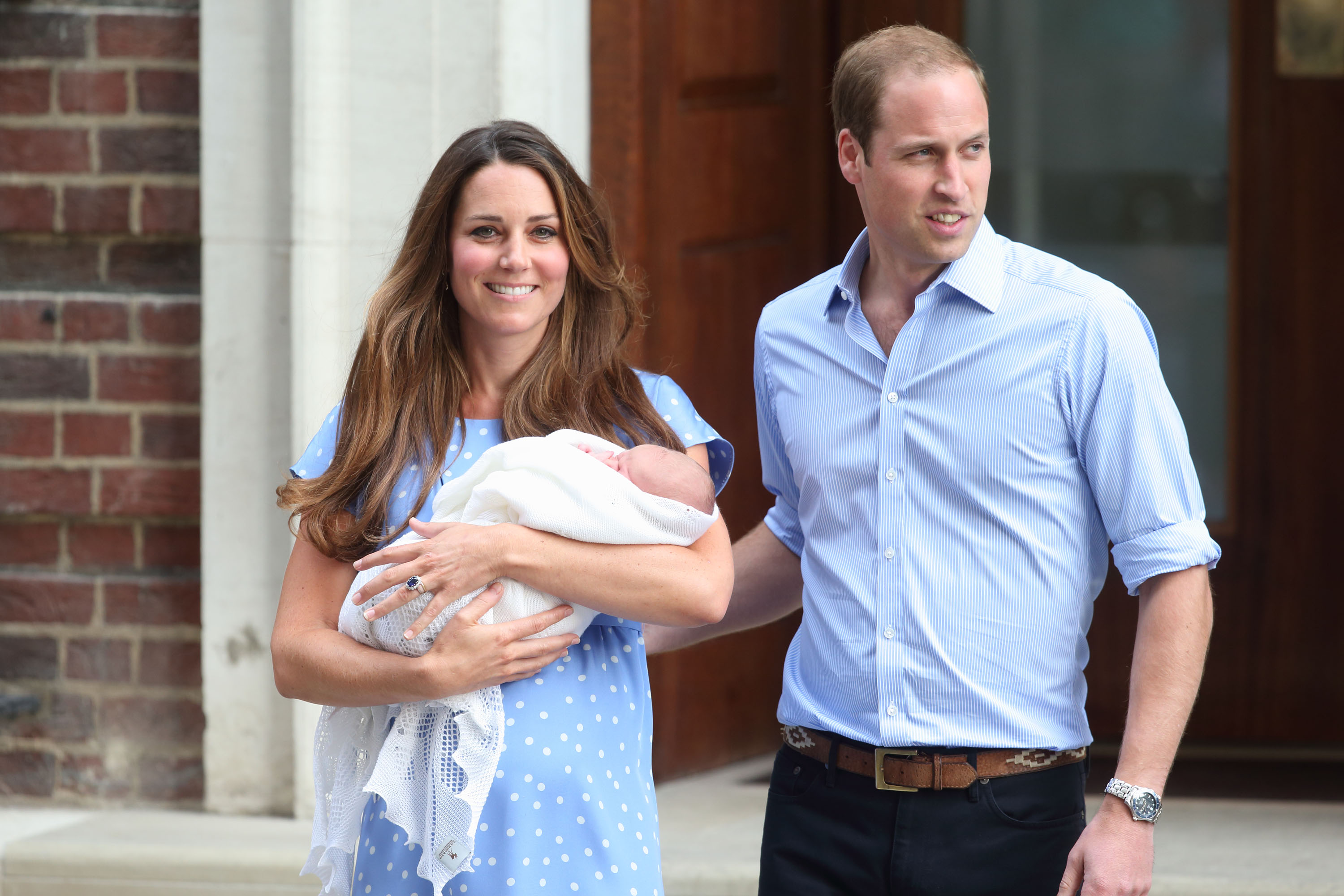 Finally! The moment we’ve all been waiting for. Kate Middleton, Prince William, and their son (the heir to the British throne, born yesterday—in case you just woke up from a nine month-long slumber) have made their first appearance since Kate gave birth yesterday at London’s St. Mary’s Hospital.

Kate looked absolutely radiant in a blue polka dot dress by Jenny Packham (very similar to the one her mother Carole Middleton wore to visit them in the hospital earlier today) and nude wedges with a perfectly coiffed hairdo, and her doting husband wore a matching shirt. Also of note is that Princess Diana wore a polka dot dress when introducing William to the world. At one point, she adorably passed the baby to William. They graciously answered questions from press, and Will remarked that he was thankful the baby got her looks. After they spoke to the media, William drove off with his wife and baby in tow.

Prior to their departure, Prince William’s father Prince Charles and his wife Camilla, as well as Kate’s parents Michael and Carole were seen leaving the hospital. When asked about the new heir, Charles remarked, “Marvellous! Absolutely marvellous! You wait and see. You’ll see in a minute.”

The birth went smoothly—although it was a week later than her supposed due date. Kate officially gave birth at 4:24 p.m. London time yesterday. The boy weighs in at 8 pounds and 6 ounces. The happy family is now headed home to Kensington Palace, where they will recuperate from this week’s media frenzy in peace.

Oh, and here’s a GIF of the fabulous couple showing off their newborn. How perfect is her hair?!