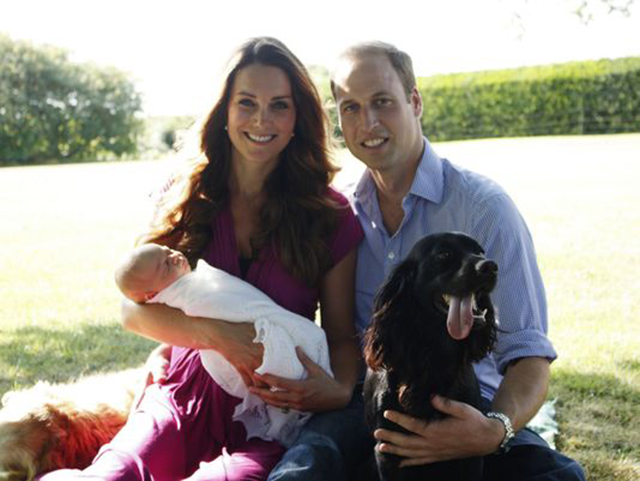 The first official photos of little Prince George are here, and they’re certainly a break from tradition.

Released by Kensington Palace today, the two official portraits of Prince William, Kate Middleton and the little prince were taken by Kate’s father Michael at the Middleton home in Bucklebury.

Even though the royal baby is fast alseep, it’s clear he’s absolutely adorable. 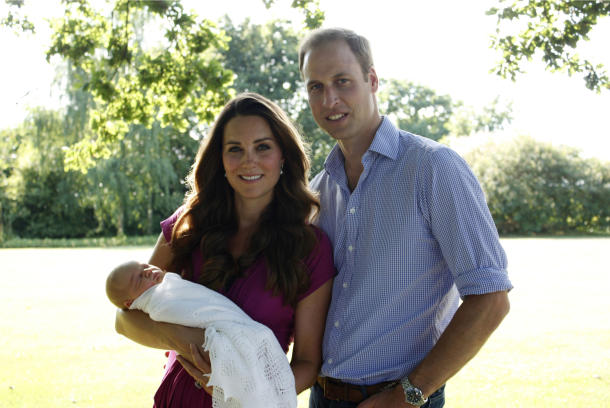 We knew the photos were going to be modern—it was reported last week that Kate and William might even shoot them—and a far cry from the stuffy, staged affairs that traditionally surround official royal pictures.

We think it’s charming that the couple appears so laid back and, well, normal in the photo. It doesn’t hurt the relatabilty factor that Lupo, the couple’s black cocker spaniel, makes an appearance in one shot, as does Tilly, the Middleton’s  retriever.