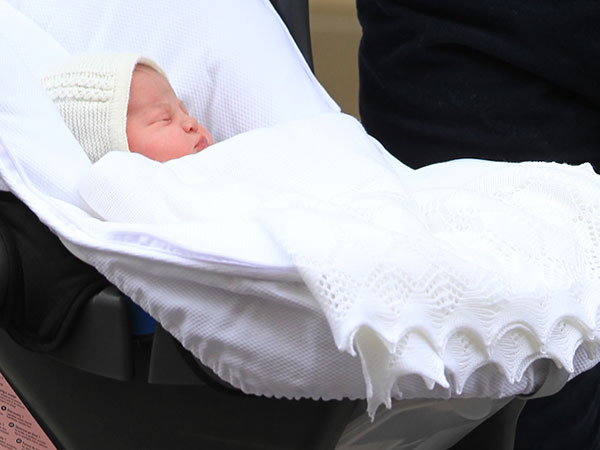 Finally, the royal family has announced the name of Kate Middleton and Prince William‘s daughter: Charlotte Elizabeth Diana, with her full title to be Royal Highness Princess Charlotte of Cambridge. Or, as we suspect she’ll be known, Princess Charlotte.

Kensington Palace announced the name this morning on Twitter, and after two minutes it had already been retweeted 3,755 times.

The baby will be known as Her Royal Highness Princess Charlotte of Cambridge.

The Duke and Duchess of Cambridge are delighted to announce that they have named their daughter Charlotte Elizabeth Diana.

There was some speculation over the weekend that the pair would pick Diana as the baby’s name, as a tribute to Prince William’s late mother.

More fresh details are also emerging about the birth of the new royal baby: Not only was Kate Middleton able to front the press with a fresh blow-dry and big smile just hours after giving birth, apparently the 33-year-old mom-of-two delivered without an epidural.

US Magazine is reporting that the Duchess, who gave birth on Saturday morning at London’s St. Mary’s hospital, delivered her daughter without an epidural and with the assistance of trusted midwives.

Apparently Prince William and Kate arrived at the hospital at 6:00 a.m, and it has been confirmed that Charlotte was born at couple of hours later at 8:34 a.m, weighing 8lb., 3oz.

MORE: First Photos of the Royal Baby Are Here!

The two midwives who reportedly delivered the new royal baby are Arona Ahmed and Jacqui Dunkley-Bent, a Professor of Midwifery at Imperial College Healthcare NHS Trust. According to the US Magazine‘s unnamed source, the pair helped deliver Prince George, and were on call for Kate’s second birth. 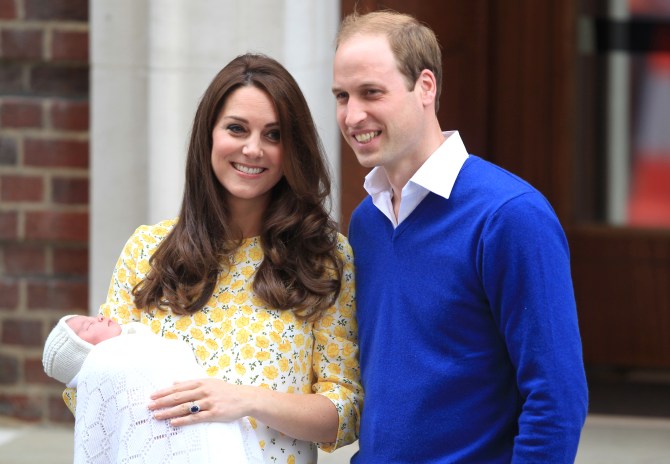 The royal couple also reportedly had a top team of four doctors on board for the birth who are familiar working with the royal family: Consultant Guy Thorpe Beeston, Dr. Alan Farthing, the Queen’s surgeon-gynecologist Dr Sunit Godambe, and Professor Huw Thomas, Physician to HM The Queen and Head of the Medical Household.

The same source said that the delivery went “remarkably well” and was complication-free, which would explain why Kate and Princess Charlotte were able to leave the hospital after just 12 hours.

The midwife team have continued to monitor both mom and baby at home, with Professor Jacqui Dunkley-Bent reportedly visiting the pair at Kensington Palace on Sunday at around 6 p.m.