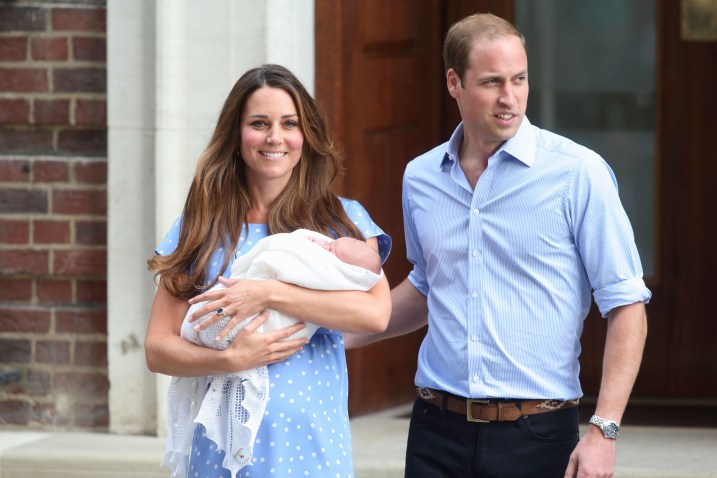 Prince George may only be a week old, but that doesn’t mean the pint-sized royal isn’t already being seriously scrutinized in the media for his fashion choices! And it seems he’s already inherited his chic mother Kate Middleton‘s love of recycling ensembles, even though they have all the money in the world.

With his Christening fast approaching, Hello! (basically the be-all end-all of any gossip related to the royal family) reports that George will wear an exact replica of a one-of-a-kind Christening gown that has been in the family for 167 years. However, following the baptism of Lady Louise Windsor back in 2004, the Queen was horrified at the status of the white satin family heirloom, and stated that a new one needed to be made immediately.

So, George will enter the Church of England in the exact style that over 30 babies have done in the past, including his father Prince William. Okay, so we know he’s not technically recycling an outfit or involved in the choosing process (obviously, since he’s a week old), but we can’t help but sense the similarities between him and his dapperly dressed mom already!

If anyone thought the royal baby madness was over after his birth, they were wrong. Get ready to style-stalk the bound to be stylish tot’s outfits for years to come!

What do you think of the royal tradition? Should every baby get new robes?