And for the people who know good fashion (and good sex) there’s Carrie Bradshaw’s legendary newspaper dress that appeared not once, but twice in HBO’s Sex and the City. The John Galliano for Christian Dior newsprint dress is an iconic amalgamation of innovative prints, classically feminine silhouettes and quirky-cute style. 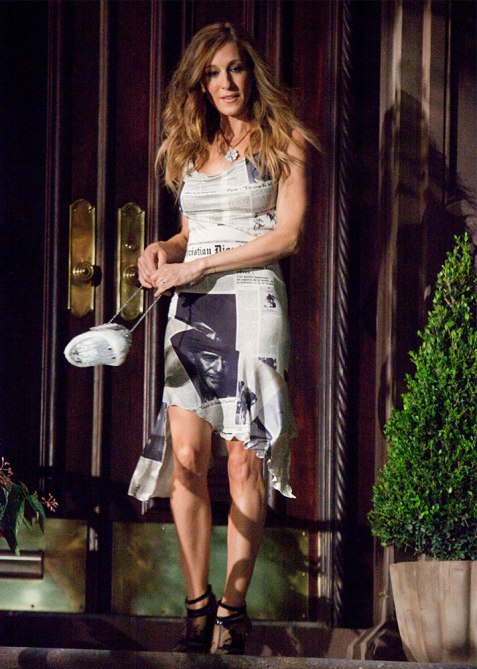 The look is justifiably hard to pull off, but that hasn’t stopped people from adapting newspaper into their outfits. (Taylor Swift’s Reputation cover, anyone?) And the latest star to attempt this feat is supermodel Rosie Huntington-Whiteley.

MORE: 10 Trends Started By ‘Sex and the City,’ Which Aired 20 Years Ago This Year

Late last night, the 31-year-old posted a series of photos on Instagram that show her sporting a newspaper-covered ensemble. And we have to admit—we’re kind of obsessed with it. The top and jacket, both from Monse’s Fall/Winter ‘18 Collection, are two separate pieces, but the newspaper detailing ties them together—making them flow together as one. (And flow it does—mainly thanks to that long drape on the sleeve that we can’t get enough of.)

Whether Huntington-Whiteley knew she was channeling a style icon and major fashion moment, we don’t know. But regardless, we’re getting major Bradshaw/Big/Nastasha flashbacks. Even though Bradshaw’s moment has our hearts forever, we’re here for this updated take on newspaper fashion.