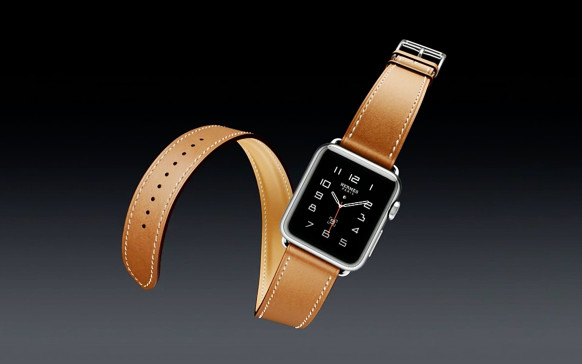 Update: Prepare yourselves: The Hermès Apple Watch officially drops today both in stores and online on Apple.com and Hermès.com.

This ultra-luxe collaboration is a watershed when it comes to chic wearable tech, and offers wearers three different styles and five different colors for a custom experience. Unlike the conventional Apple Watch, the Hermès watch features elegant leather band straps and bespoke Hermès faces. 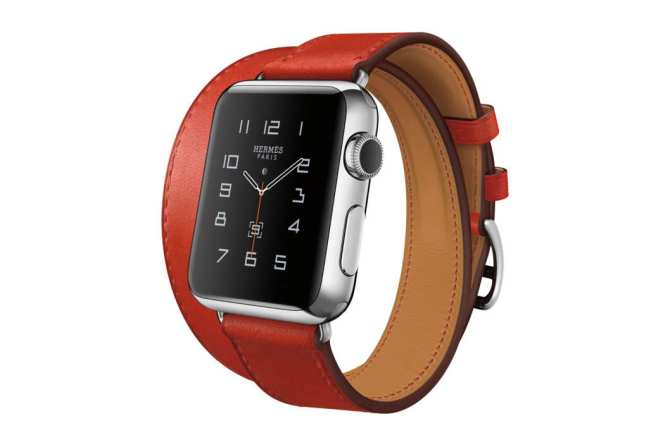 Original Report: The Apple Watch is about to get a serious boost of fashion cred thanks to a new partnership with none other than Hermès.

At Apple’s big event today, a new set of watch bands were revealed, and among the rainbow of colors was a tan, hand-stitched leather Hermès band, which also comes with a matching face. Although the price of the collaboration hasn’t been announced yet, you can bet it’ll be more expensive than the standard $349 aluminum Apple Watch Sport models when it hits stores in October.

The new iPhone will come in four colors. Photo: Apple

The other buzzy news from the event is the debut of Apple’s new iPhone 6S and 6S Plus. After rumors leaked about a fresh color scheme earlier this week, Apple confirmed the 6S Plus device will come in a swanky rose gold (read: pink!) shade, as well as silver, gold, and space gray.

Differences between the upcoming 6S and 6S plus include screen size (the 6S will have a 4.7-inch display, while the 6S Plus will have a 5.5-inch display), battery life, and camera stabilization.

Both phones will also have “3D Touch,” a new pressure-sensitive layer on the screen that makes it possible to hit shortcuts by pressing more firmly, and dip in and out of content on your phone.

The new devices will also come with an improved, five megapixel FaceTime camera for better selfies and an impressive 12 megapixel iSight camera to shoot optimized photos and video. Another fun, new feature will be Live Photos: By pressing and holding on a photo, it’ll turn into a mini video, without any additional input from you as the photographer. The new camera will automatically capture a second on each side of your photo so that you’ll be able to do this on every snap. Oh, and Facebook will be supporting the feature this year. Fun, right?