Actress and general bombshell Rosario Dawson is nothing if not a prime example of a a woman who always stays fit and looks great no matter what. Even for her starring role in the 2005 film remake of the classic Broadway show “Rent,” when she had to get frighteningly skinny to play HIV-stricken Mimi Marquez, she still managed to look striking in the process.

Dawson was on hand at designer Tracy Reese’s New York Fashion Week, sponsored by Tide detergent Pods, after-party Sunday night at Manhattan club 1 OAK, where we were able to sit down and chat about her diet and fitness secrets. Turns out, unlike many of the gorgeous starlets who dedicate their lives to keeping in shape, Rosario has a less hands-on approach to fitness.

“My dad’s still on the fourth floor walk-up that I survived in as a child, and my mother is a plumber and electrician,” Rosario told StyleCaster of her real-world fit-spiration. “So I’m really good at doing things that don’t feel like exercise, like walking. When I’m in the city, it’s really good to be walking everywhere. You spend so much time in your car in L.A., you don’t even realize it. My physicality changed so much, my sense of being in my body changed so much. I’m lucky because I live in Venice, so I do get to bike ride a lot.”

Dawson also added that, while traveling, she’s definitely not one to be hitting up the in-hotel treadmill.

“It’s hard to [exercise] when you’re traveling all the time, and I’m not that person to go to the gym in the hotel,” she adds. “So I really just try to walk as much as possible and go to a yoga class or a Pilates class. Most of the time it’s when my friends kind of encourage me to do things like that. I just really try to be mindful about my diet.”

“Food is always key. For ‘Rent,’ I had to be really really thin, so I ate a lot of raw food. I had to have a lot of energy, but I had to be really thin, so I cut out dairy, sugar, and processed foods. That was really good too because it also helped out with my allergies, but it was hard to sustain for longer than that. It’s really easy when you’re traveling to be like, ohh I’m traveling! I just want to eat pizza and bagels all the time! That’s usually the hardest part.” 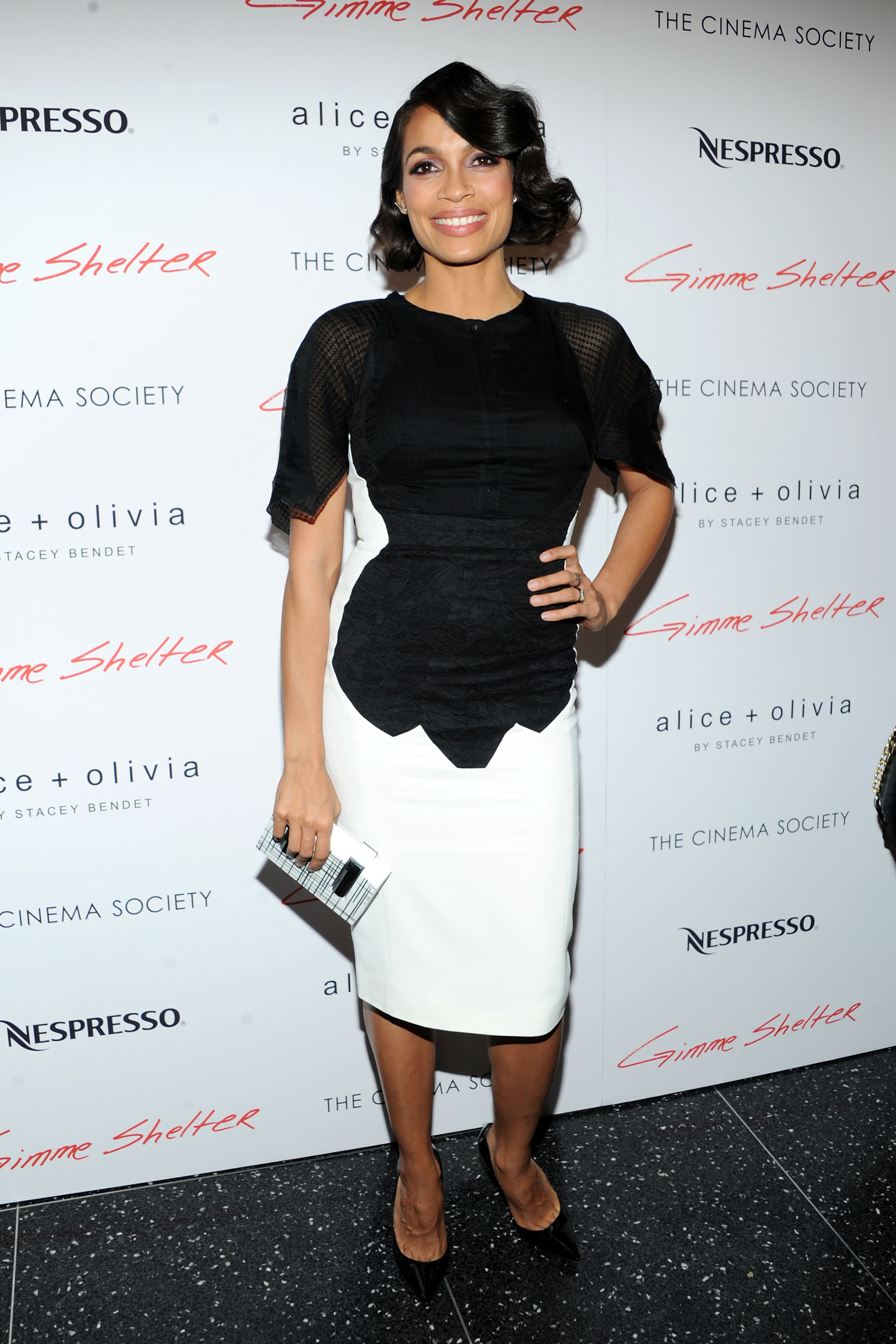 If only we could all look this gorgeous on a fitness regimen of walking and riding bikes!