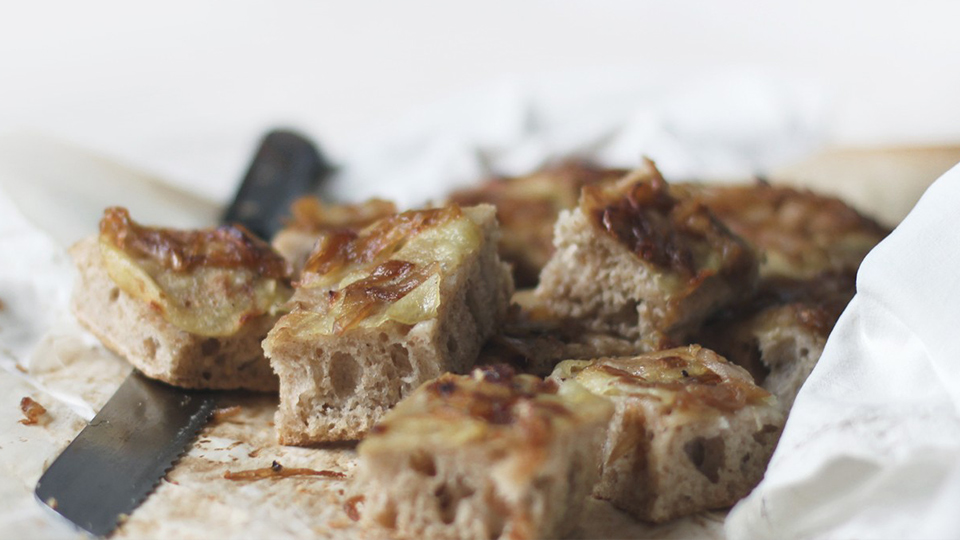 Focaccia. The first to go at every buffet table in the country, second only to pizza. Focaccia with toppings? That’s almost a piece of heaven.

I would like to spare a few words on this amazing product of Italian ovens, as it makes up a good chunk of my memories as a school girl. It was part of our birthday party tables, part of our outdoor trips in the spring and, most of all, the backbone of many of our school snacks. (Well, at least it was for the other kids. It seems to be the predominant snack amongst boys.)

That soft, pillowy square of wonder was often in our dreams. There were multiple versions of focaccia, but we loved it all. A quick trip to the supermarket right before school meant freshly baked focaccia, tucked in its crispy white paper bag, which we snacked on furtively before snack time actually came.
This one I present to you is just one of the many kinds of focaccia, which is a very versatile kind of bread and can be treated either like a sandwich or like a pizza. So it can be either stuffed, topped, or eaten plain.
Depending on the kind of focaccia, you can decide how to enjoy it. Let me introduce you to the most common kinds present in the country:

Although these are the main focaccia kinds—and I will get around to making all three versions at some point—homemade focaccia varies a lot. It can be tall and fluffy, thin and crispy, medium-tall and spongy, and so on. It is usually dense or bread-like, as most people do it with the usual quick fermentation, which involves a whole cube of fresh yeast per 500g of flour and a total fermentation time of 2 hours or so, plus cooking. This is the way my mom always made it and, even though I am not a super fan of it, it makes for the best sandwich bread ever, as the inevitable fat you add to it makes it much, much softer in the end.

So I started talking about replicating that focaccia we used to have as kids, and my mom immediately went “eh.” “It is so soft because it is rekneaded with either butter or lard,” she stated. “We did it too at work, and trust me, if you want that kind of soft feel, you have to knead it a second time with some kind of solid shortening.” 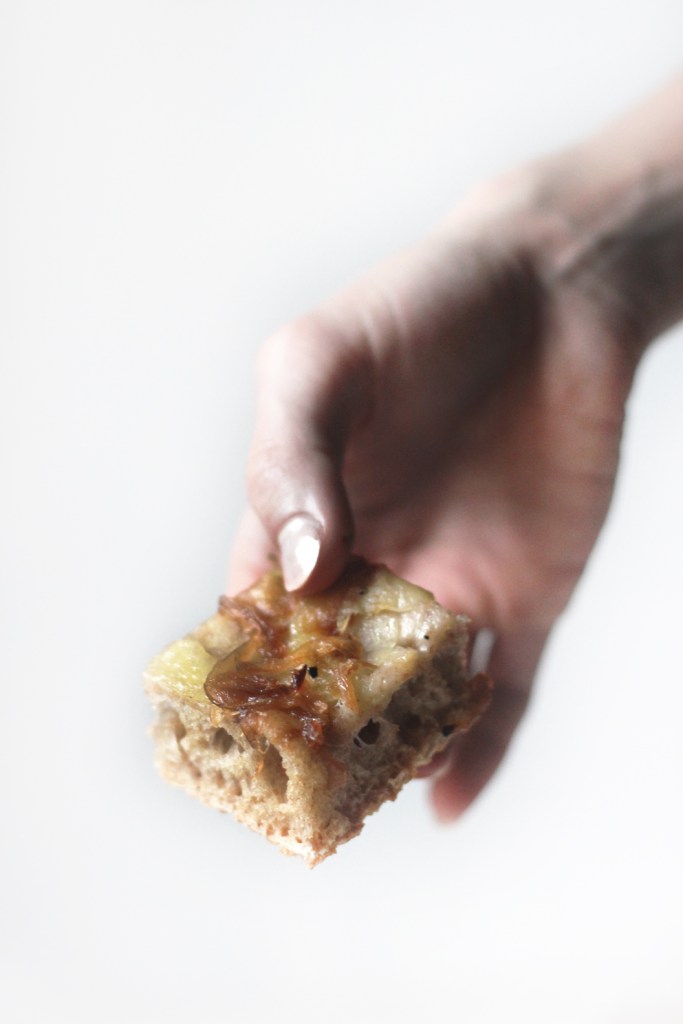 “Some kind of shortening” is the key phrase here. Because I can definitely cope with the idea of focaccia being kneaded with lard, which is, objectively speaking, not that bad of a fat around here. But any lard is surely more expensive than vegetable shortening made with dubious, processed oils, which led me to the logical conclusion that the infamous supermarket focaccia needs to be adapted to the principles of this blog before I can make it, so it will take some further thinking.

But who would have ever thought that this focaccia would turn out to be even better? It is so tasty, soft, and—and…well, addictive’s the word.

So here is my Roman focaccia—also called White Pizza in its plain form, Queen of Gatherings. I made it with whole spelt flour, which is highly nutritious, and the last bit of that amazing hand-milled flour I used for my Ciabatta. Bring a tray to your party, and let people be happy.

RULES FOR A GOOD ROMAN FOCACCIA

Try substituting 30 grams of strong flour with semolina flour, and/or 30 grams of the spelt flour for another flour of your choice to make things more interesting. Italian focaccia is usually made with white flour only, but I see no reason why we should be that boring in our own kitchen. Barley malt, as said in other posts, is great for baking, but use honey if you have to substitute it and maple syrup for a vegan alternative.

This recipe is also present on Food52.

Roman Spelt Focaccia with Onion and Potato
Makes enough dough for an 8-inch or 9-inch pan
(Note that this doesn’t make much focaccia, but the recipe easily doubles or triples. Just make sure you put it in a pan here, it’s evenly layered and the edges are not thinner.)

* If you can’t find fresh yeast, substitute with a good pinch of active dry yeast.
** I really recommend using barley malt, but if you can’t find it honey or sugar will do. Reduce the quantity to a teaspoon. 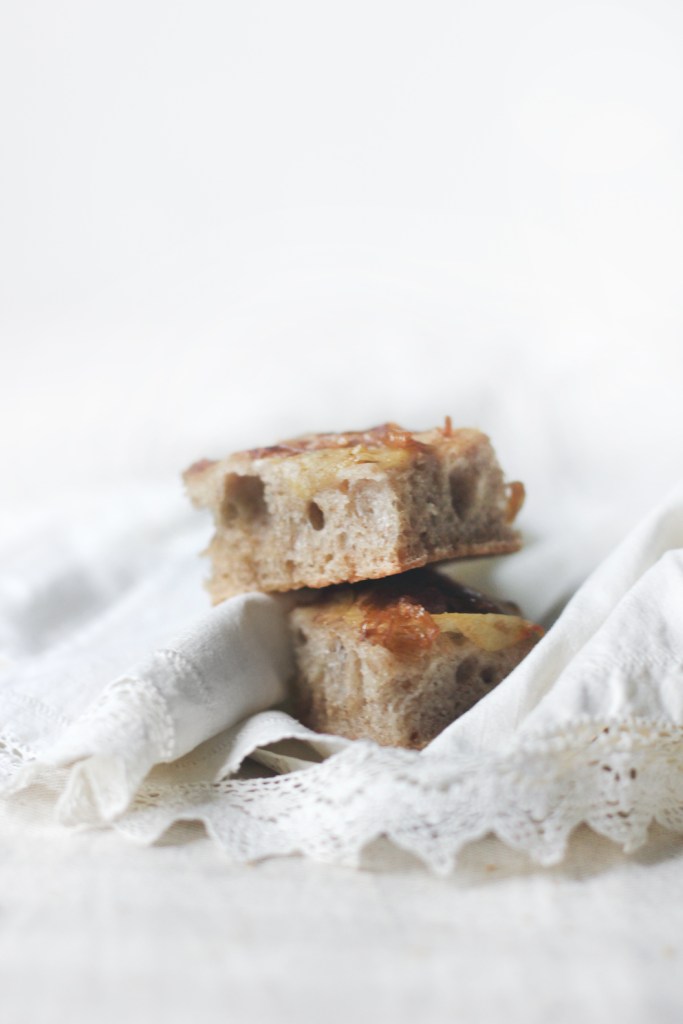 Valentina is a 25-year-old Italian ex-graphic designer who, like many designers, got seduced by food photography. She runs Hortus Cuisine, a blog where she shares Italian natural vegetarian recipes from the Italian countryside. She loves green tea, hates cilantro, and considers handmade pasta a form of art. Follow along on Instagram @HortusCuisine.