Hot off the heels of the announcement that Alexander Wang is designing H&M’s next designer capsule collection, Banana Republic has announced that Roland Mouret is working on its next limited-edition offering, which will hit stores in early August.

Mouret, a favorite of celebrities like Naomi Watts and Cameron Diaz, rose to acclaim designing figure-flattering dresses for the red carpet and beyond. His legendary Moon dress, a favorite of Victoria Beckham, sold out within days in London when it hit stores in 2007.

This capsule collection for Banana Republic will capitalize on Mouret’s keen understanding of fit, and will also utilize Banana’s Sloan fabric—a body-conscious stretch fabric. The collection will consist of 30 pieces and will range in price from $49.50 for belt to $165 for a dress. (To put that in perspective, dresses in Mouret’s namesake designer line start at $1,500 and go up from there.) Expect details in the collection like color-blocking, perforated details, and leopard prints.

“The common goal for this collection is to offer incredible fit through an assortment of hourglass silhouettes using Banana Republic’s Sloan fabric, extending my love of structure into accessible prices,” Mouret said in a press release. “These pieces are multi-functional for the modern woman to wear and accessorize in her own way, making her always ready for life’s journey.” 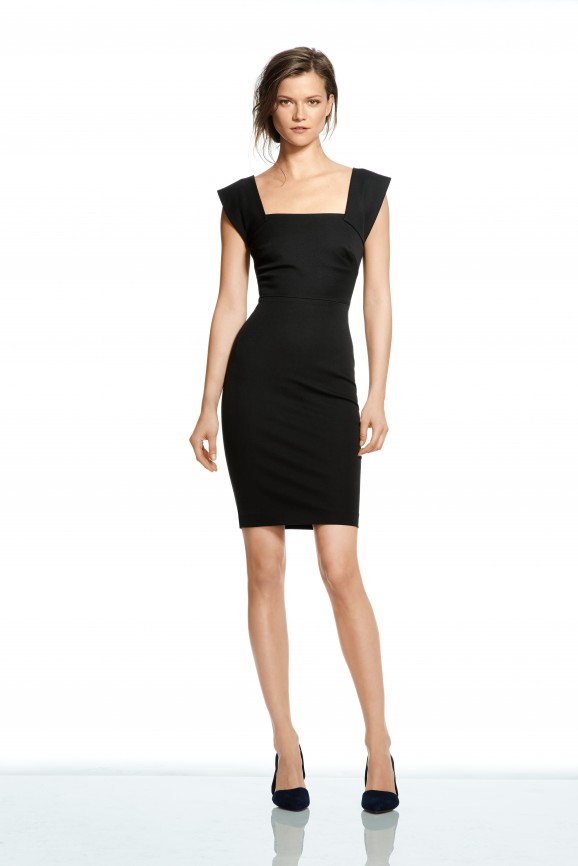 Mouret is following in the footsteps of past Banana collaborators including Kate Middleton favorite Issa and the now deceased L’Wren Scott. The retailer has been increasingly leaning on these collaborations to interest shoppers, to mixed results. Though Gap Inc.’s (the parent company of Banana Republic) January sales beat expectations with Gap and Old Navy sales up a bit, sales were down at Banana Republic.

While designer collaborations for H&M and Target—featuring designers like Versace and Proenza Schouler—have been huge hits elsewhere, Banana Republic’s similar offerings have never generated quite the same amount of buzz. Still, Mouret is possibly Banana’s biggest get to date, so it will be interesting to see how shoppers respond.