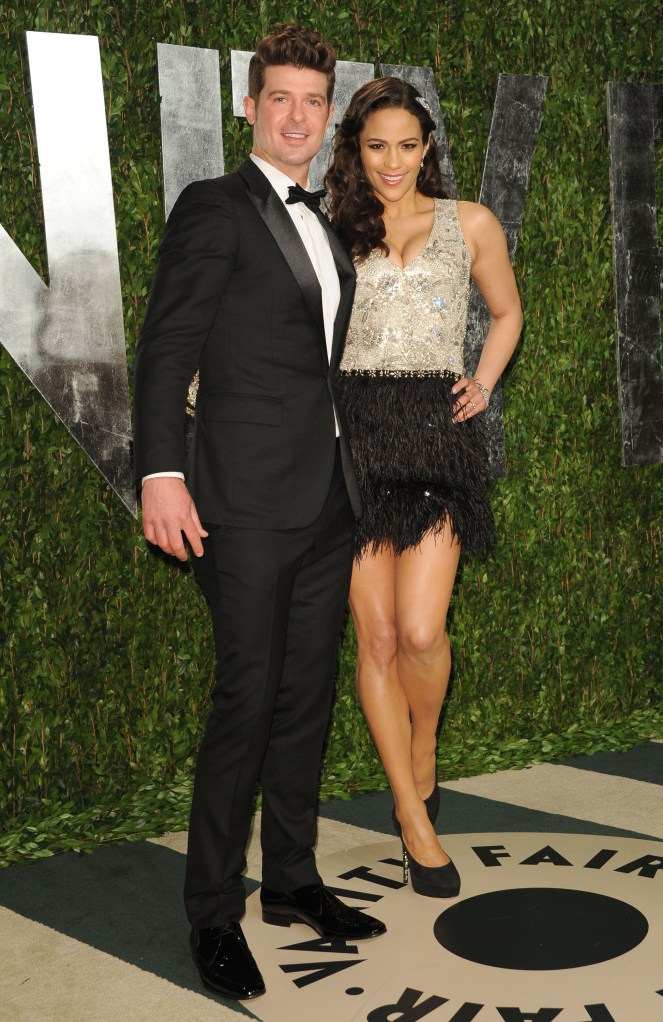 In today’s edition of “is this a soap opera or is this real life?” new reports have emerged about the very public split between Paula Patton and Robin Thicke—and to say they’re scandalous would be an epic understatement.

Ready for this? According to Star, Patton and Thicke were involved in a consensual ongoing three-way sexual relationship with a female massage therapist (whom Star is calling “Jasmine.”) But last summer, Paula allegedly walked in on Robin and Jasmine getting busy without her. Not in the rule book, apparently.

MORE: 12 Celeb Couples Who Aren’t (Ever!) Allowed To Break Up

“Paula felt betrayed and humiliated by both Robin and Jasmine,” explains an insider who—according to Star—passed a polygraph test. “These were two people she thought she could trust the most, but in the end everything backfired on her.” Yeah, somehow we just didn’t see the-three-way-with-a-masseuse storyline having a warm-and-fuzzy ending.

MORE: 15 Celebs Who Got Divorced Before They Turned 30

Despite the fact that Patton, 37, reportedly gave her husband of eight years (and childhood sweetheart ) another chance after catching him and banned Jasmine from their home, she couldn’t put her suspicions behind her, splitting for good this February. “She has no plans for salvaging her marriage to Robin,” the source said.

According to RadarOnline, it seems—shocker—it was the man’s idea to allow a third party into their bed “Robin pushed Paula to allow Jasmine into the bedroom with them in order to spice up their sex life, and she reluctantly agreed in an attempt to keep him happy,” the source said.

So far, Thicke’s reps have denied the assertions about Jasmine. You can’t make this stuff up, folks.

Head over to Star now for more salacious details.