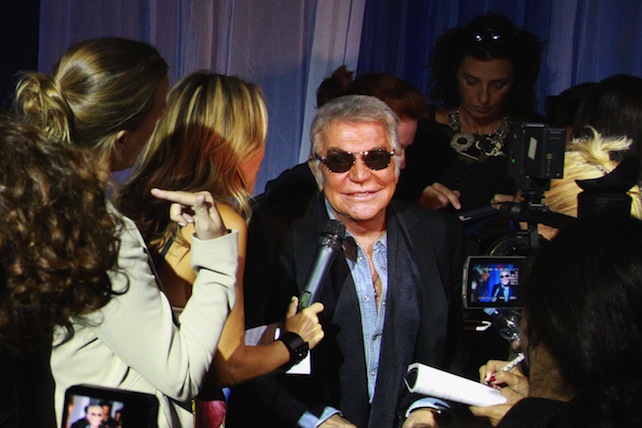 Here’s the backstory: Armani used a press conference before his Milan Fashion Week spring 2013 show yesterday to comment on testy comments Cavalli made about him on his blog, which basically stated that the Camera Nazionale della Moda (The National Chamber for Italian Fashion) favors Armani since they allowed him to shake up the exalted fashion calendar and swap his runway show date from Monday to Sunday, reported WWD. The problem? That would make Cavalli the only big name showing on the last day of Milan Fashion Week (Monday), potentially leaving him without any international press to cover the show. In the blog post, Cavalli referred to Armani as the “the little king” and said “his every choice is perceived as an order!”

So, that brings us to yesterday’s press conference, during which Armani quipped, “Cavalli should be quiet because the ‘Little King’ could start to get angry.”

Hey, being called Little King sure beats being referred to as various types of meat, no?