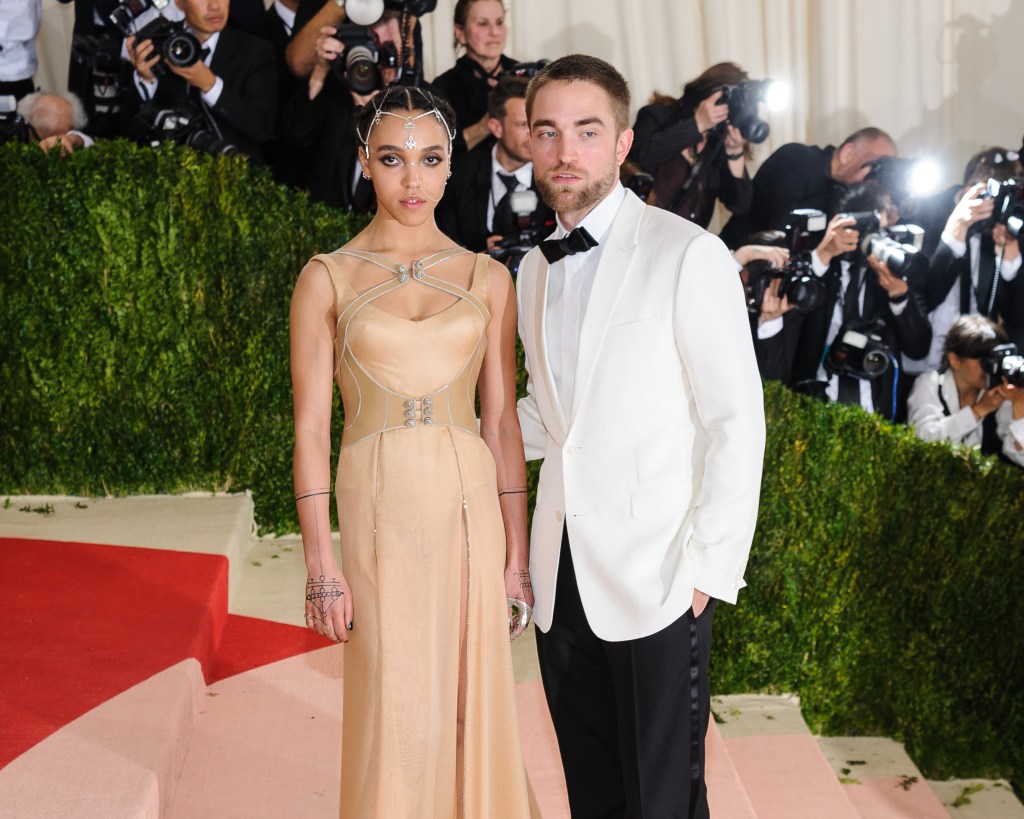 The rumor that Robert Pattinson and FKA Twigs have broken up is turning into some of the great hearsay of 2016. Ever since the couple got engaged last year and then didn’t get married, they’ve been dodging breakup rumor after breakup rumor without ever confirming the split. Now, the rumors are trending again, and the only thing that seems to be feeding them is that the two have been spotted in public without each other. Not exactly hard evidence but still, tear.

Last month, Rob was rumored to be seen with ex Kristen Stewart in L.A., but there is no credible report for this—there’s not even a gritty Snapchat to back it up. And earlier this week FKA went to an art show without Rob and posed for a pic with artist Matthew Stone, whom she clearly calls out as a friend. “[A] dear friend and true artist. you are an inspiration. your opening tonight was stunning,” her caption read.

If there’s truth to the rumors, there’s nothing to prove them yet. Maybe the real problem is “Twilight”? It can be blamed for so many things if you think about it. The internet never quite got over the breakup of Kristen and Rob, and it will never quite accept either as part of another couple. Sure, it will invite them over for dinner, but it will be rushed and awkward and not even remotely welcoming.