Just days after filming commenced, The Batman’s Robert Pattinson has tested positive for COVID-19. News of the 34-year-old actor’s diagnosis comes hours after Warner Bros. revealed that a member of The Batman crew had tested positive for the novel coronavirus, thereby halting production until further notice.

“A member of The Batman production has tested positive for COVID-19, and is isolating in accordance with established protocols,” reads the media group’s statement. “Filming is temporarily paused.” Vanity Fair was the first to report that Pattinson was the individual who contracted the virus on Thursday, August 3, confirming his status according to “other highly placed sources.”

Production on The Batman had just recently relaunched after an initial shutdown. Filming in the United Kingdom was halted, along with most other ongoing productions, in March due to the onset of the pandemic. According to Variety, the film was only about seven weeks into filming before the shutdown. The outlet estimates that the movie has three months of material left to shoot before filming can wrap on the Matt Reeves-directed production. However, with news of Pattinson’s diagnosis, it remains unclear if the film will premiere in October 2021 as planned. 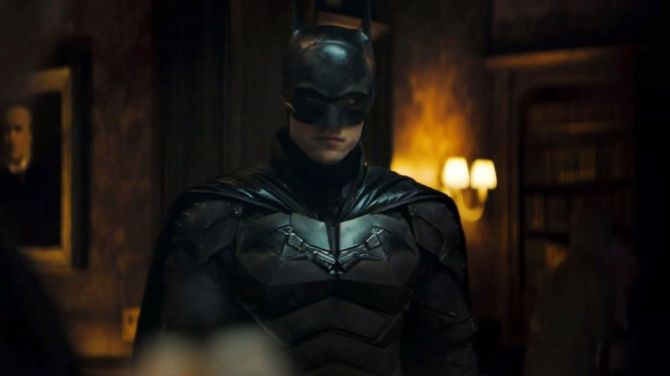 The Batman, starring Pattinson as the caped hero in question, is set to focus on Bruce Wayne’s early years as a vigilante. “I wanted to do not an origin tale, but a tale that would still acknowledge his origins, in that it formed who he is,” director Reeves told IndieWire in April 2020. “Like this guy, he’s majorly struggling, and this is how he’s trying to rise above that struggle. But that doesn’t mean that he even fully understands, you know. It’s that whole idea of the shadow self and what’s driving you, and how much of that you can incorporate, and how much of it you’re doing that you’re unaware of.”

News about the Coronavirus is unfolding in real-time, and while we make every effort to ensure our content is accurate, some of the information in this story may have changed. For the most up-to-date news on the pandemic, please go to the CDC or WHO websites. For the latest from STYLECASTER, visit our Coronavirus hub page.