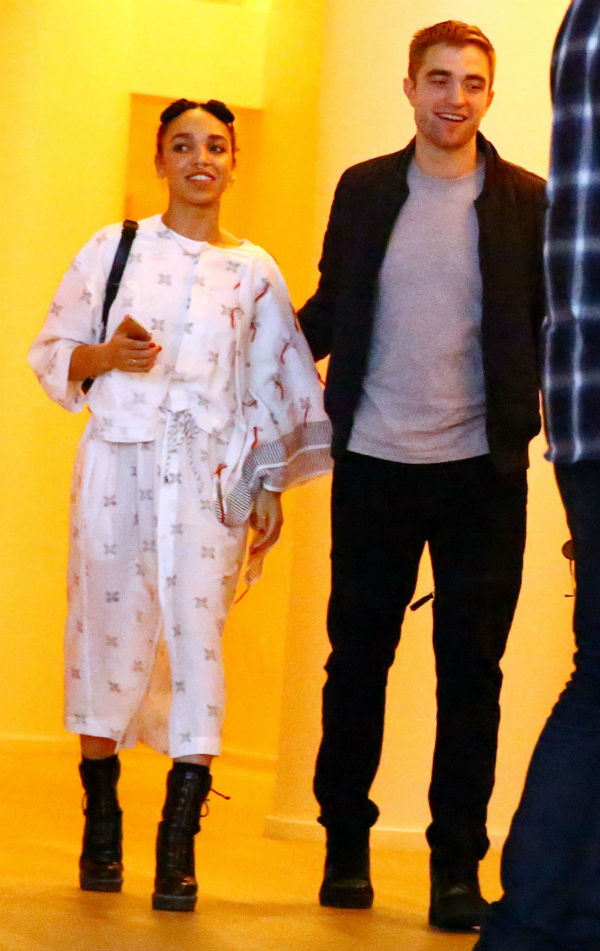 This is an engagement we didn’t see coming any time soon: People magazine is reporting that Robert Pattinson is engaged to FKA Twigs. The pair have been dating for just six-months.

“Yeah, to ‘ol Patty [Robert Pattinson],” he said in the interview. “I don’t know if she wanted anybody to know that …”

Later, T-Pain Tweeted that the admission was an April Fool’s joke (lucky that it was April 1st T-Pain so you could backtrack on that one).

Since that Tweet, People magazine has confirmed the engagement with multiple sources.

A source told the magazine that the British stars exchanged promise rings earlier this month. One of which told the magazine: “He wants to marry her…They are inseparable when they are together. They live at his house.”

We know this is hard news to take Twihards, but you have to admit it, these two are pretty cute together.