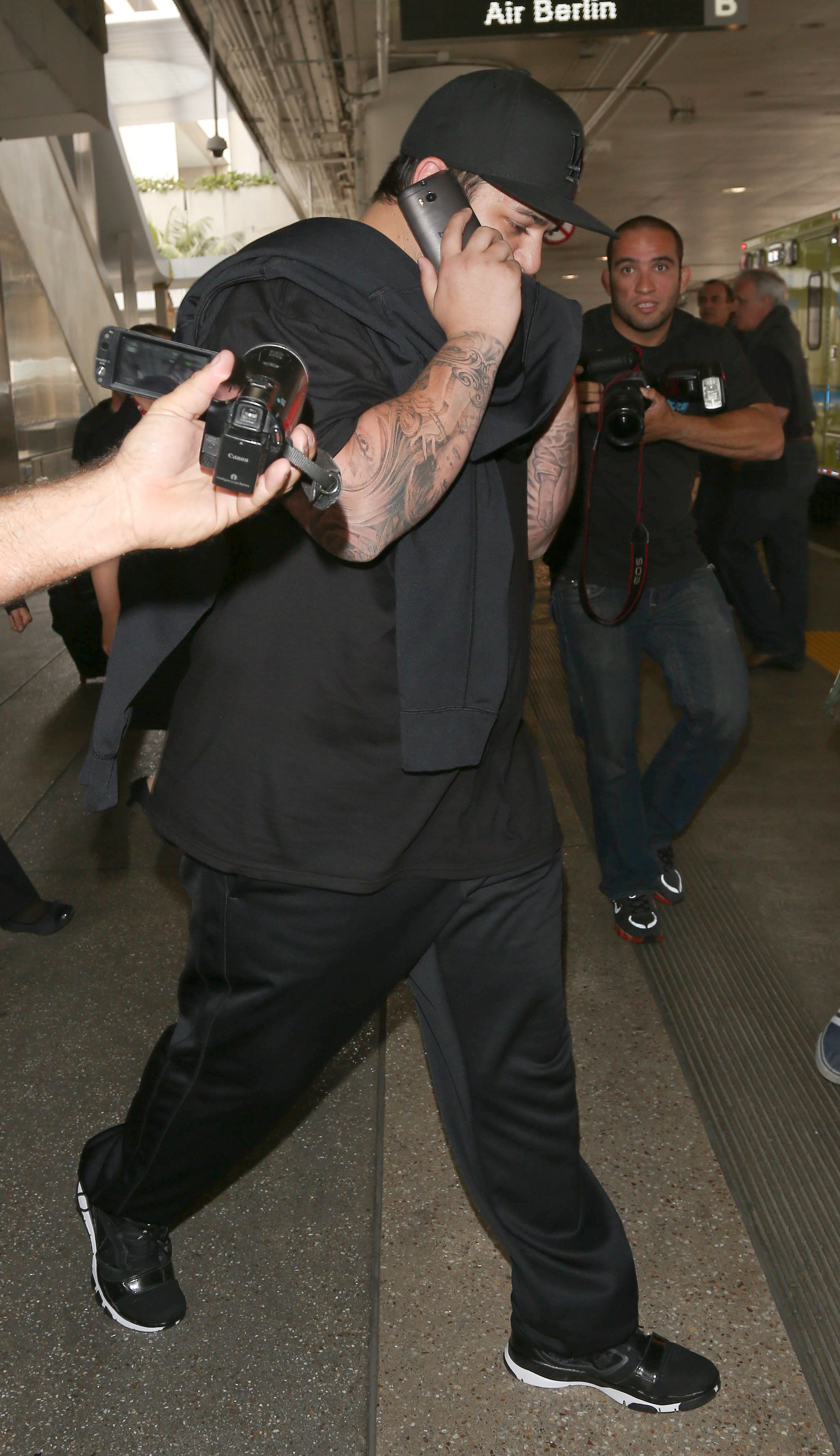 Kim Kardashian isn’t the only one in her family who can drum up a a flurry of press in mere minutes just from posting an Instagram: Her brother Rob posted a photo to his account—his only one, actually—from the end of the movie “Gone Girl” that shows Rosamund Pike‘s character wearing a blood-soaked nightie with the caption: “This is my sister kim, the bitch from Gone Girl…”

In case you haven’t read the book or seen the flick, Pike’s character is—in a nutshell—one of modern literature’s foremost psychopaths who does things like fake her own death, masterfully pins it on her husband, brutally murders her ex, and still manages to have the world feel sorry for her in the end. And that’s just the tip of the iceberg. So yeah, not really a comparison you want your brother making.

It’s unclear if Rob was hacked, if Kim did anything to provoke her little bro, or if it’s just the same bad blood that’s been bubbling for the past year, starting in May when TMZ reported the 28-year-old bailed on Kim and Kanye West‘s super-sized wedding due to some “family drama.”

You might remember that Rob was in Florence fully intending to go to the ceremony, but fled Italy “in tears” the night before the nups for reasons that were largely rumored to be about his weight gain—some reports claimed he was uncomfortable, and others that Kim was angry at her brother for not trying to lose weight for her wedding and was embarrassed by him.

On May 20, he went on a Twitter rant about the media’s sudden focus on his weight, tweeting (among other things) the heartbreaking: “so i found out i was trending for being fat… thank you all it really made my day :)”

Poor kid—it’s hard to to imagine what life might be like for the lone person in the Kardashian family not interested in tirelessly generating headlines, and living their life for the media 24/7. It’s safe to assume the PR-obssessed family is none too thrilled about Rob’s photo, and we’re betting it’ll disappear as quickly as it was posted.