Season 4 of Riverdale will feature the series’ first-ever Halloween episode — finally! That means fans get to see Archie, Cheryl and the rest of the gang all dressed up in their finest ~spooky~ gear. The episode doesn’t air until October 30, but you can get a sneak peek at the costumes in these Riverdale season 4 Halloween episode photos. Maybe you’ll find some inspo for your own Halloween costume?

Season 4 Episode 4 of Riverdale is aptly titled, “Halloween.” You know this series loves its outlandish costumes, so it’s about time that they devoted an episode to the holiday! The CW released a batch of stills from the episode, and they reveal exactly what Archie, Mad Dog, Cheryl, and Toni dressed up as.

The characters went with a superhero theme. Archie dressed up as his own superhero alter-ego, Pureheart the Powerful, while his BFF Mad Dog (aka Munroe) dressed up as The Shield, an iconic superhero from the Archie Comics. (The Shield was one of the first comic-book heroes to wear a costume with the American flag on it, even before Captain America came around.)

Cheryl and Toni picked superhero costumes too, but theirs are from the DC Comics instead of the Archie Comics. Cheryl transformed into Poison Ivy, complete with green vines—a natural choice, given her red hair. Her girlfriend Toni dressed up as Harley Quinn with two-toned ponytails. It’s the perfect couple’s costume! 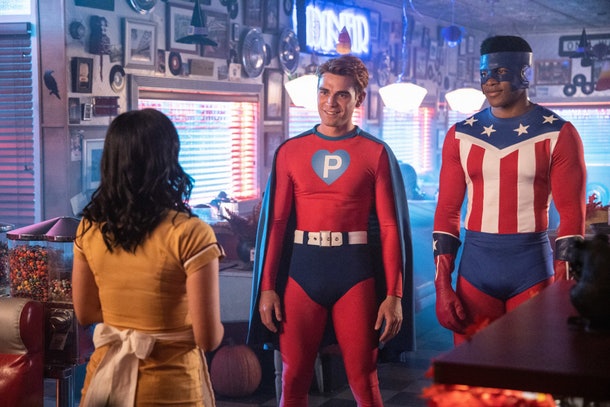 Those four are the only characters whose Halloween costumes were revealed by the photos, so you’ll have to wait until October 30 to see the rest.

What else can fans expect to see in Episode 4? The official episode description reads: “Archie’s plan to create a safe space for the town’s kids gets derailed when some unwanted visitors crash their Halloween party.” 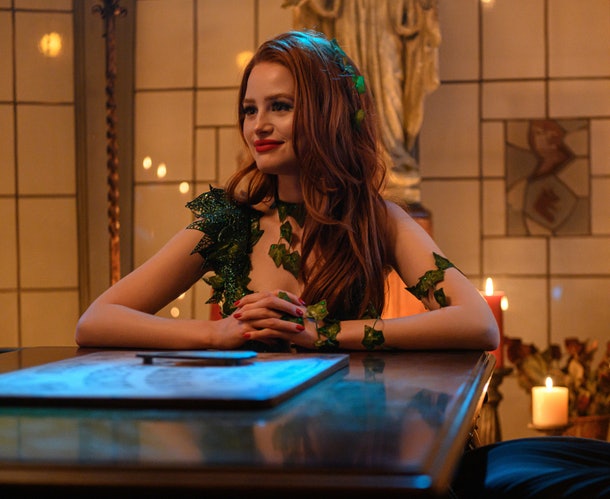 The episode will also reveal some more about what the heck is going on with Jughead. Namely, the photos show that Moose may be his new roommate at Stonewall Prep. Also, the description says Jughead “learns about a series of mysterious disappearances that have occurred to former students at the school.” Hmmm! 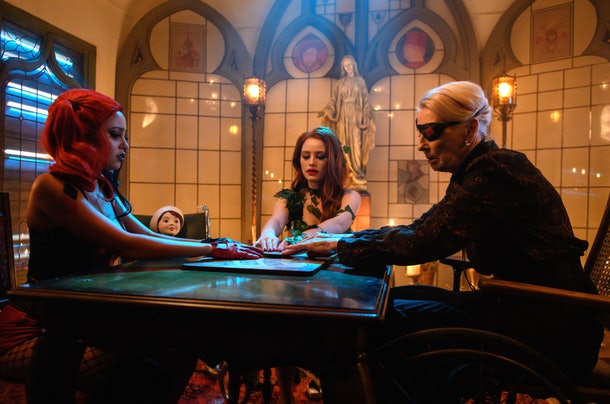