In recent years, denim-on-denim has exited the world of fashion faux-pas and become something of a trend. These days, mixing and matching your denim is no longer uncouth—it’s accepted, encouraged even. And wearing a straight-up Canadian tuxedo—denim layered over denim in the exact same shade—is downright edgy.

It was really only a matter of time before maximalist style star Rita Ora left her mark on the trend. And over the weekend, she did exactly that. 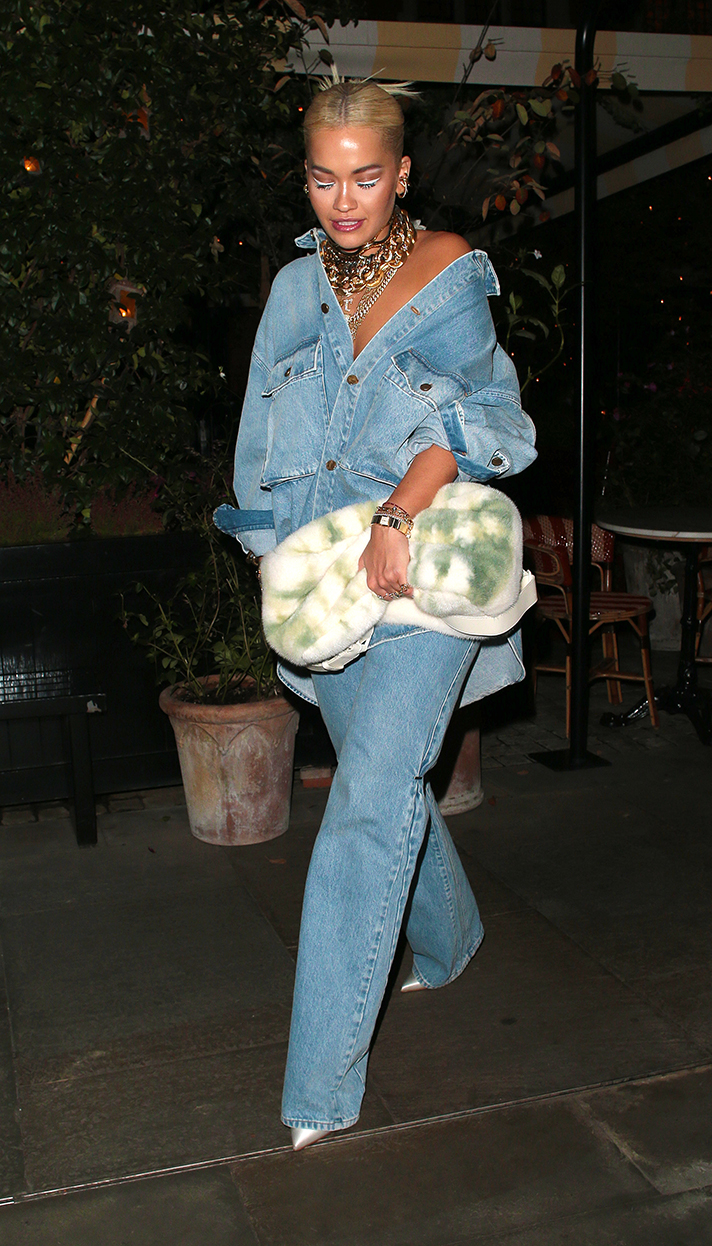 On Friday, Ora stepped out in London wearing head-to-toe denim. Specifically, a boxy denim blouse casually draped off one of her shoulders and matching straight-leg jeans.

Denim-on-denim is a statement in and of itself, but true to form, Ora didn’t stop there. She layered on tons of chunky gold chain necklaces, slipped into white pointed-toe heels and carried a fluffy white and aqua bag (that more resembled a fur stole than a handbag, but hey—if it has straps, you can carry it).

To further cement her status as a risk-taking style star, Ora lined her eyes with stark white liquid liner and pulled her hair back into a piece-y, frayed chignon. 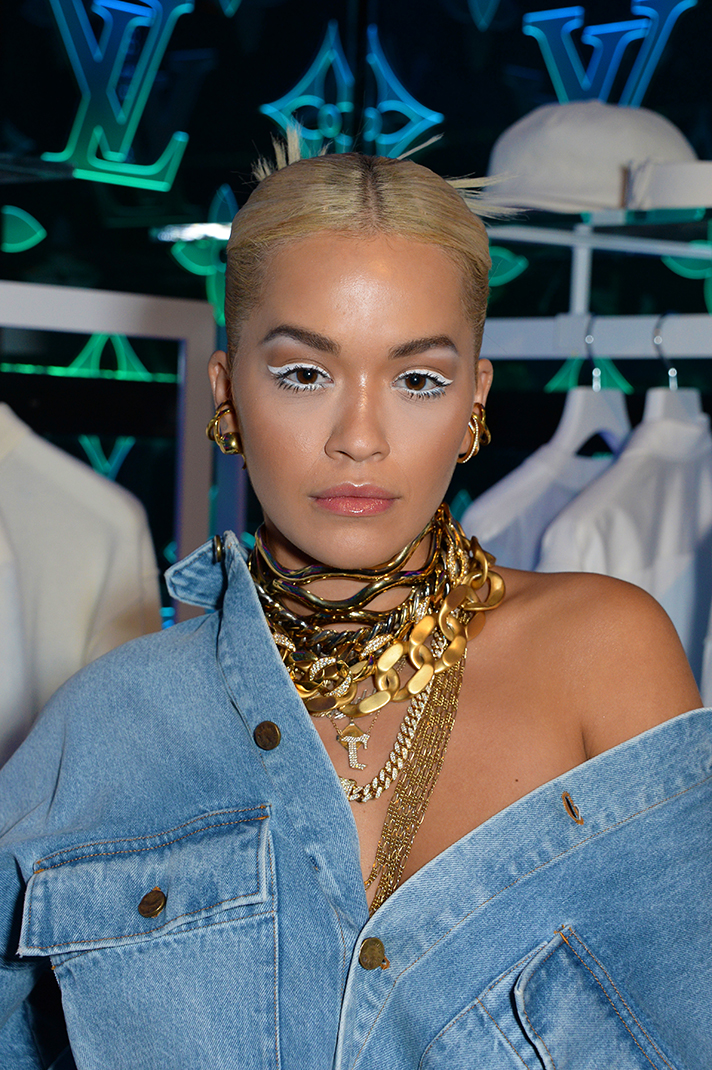 MORE: These Anything-but-Average Denim Jackets Will Power Your Cold-Weather Wardrobe

While we know denim-on-denim is the thing nowadays, it’s been hard for us to imagine a genuinely chic, edgy way to tackle the trend. The phrase “Canadian tuxedo” still conjures up imagery of dads in the 1990s—specifically, our dads in the 1990s. And no offense to them, but our papa bears aren’t usually the style stars we call to mind while getting dressed in the morning.

But Rita Ora, well, she did the damn thing. She took the Canadian tuxedo and made it hers—offering the rest of us an example to follow the next time we consider pairing our jeans with more jeans.

Not all heroes wear capes. In this case, they wear Canadian tuxedos.