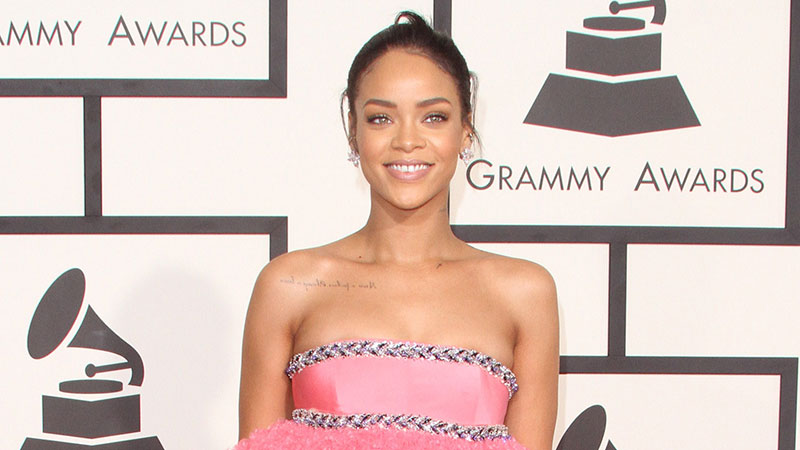 File this under not really that surprising whatsoever: Multiple sources reported on Wednesday that Rihanna is set to release her own brand of weed called—wait for it!—MaRihanna. Get it? According to 18karatreggae.com, via Dazed and Confused, RiRi’s new weed line will carry Caribbean-themed flavors with equally creative names like Karibbean Kush, Haitian Haze, and Jamaican High Grade, as well as edibles.

Apparently MaRihanna will be available in marijuana-legalized states across the United States, starting with Colorado in early 2016.

RiRi is quoted by the sites as recently announcing her new brand at the Cannabis Cup (a marijuana trade show) in Jamaica last week: “MaRihanna by Rihanna is truly the first mainstream cannabis brand in the world and proud to be a pioneer.”

The “Bitch Better Have My Money” singer has already got clothes, perfume, and her own beauty and talent agency covered, so clearly it was time for her to expand her merch into new categories—and, hey, it seemed to work out OK for Snoop Dogg when he released Leafs by Snoop.

While the singer/songwriter/possible weed mogul has yet to confirm the rumors, it actually makes a lot of sense for the star, who recently said she’d never join Taylor Swift‘s squad because it doesn’t fit with her (less-than-squeaky-clean) personal brand. She’s also a huge advocate of legalizing marijuana. In addition to referencing it in her music, she freely posts pictures of herself (and her friends) smoking the green stuff on Instagram and once used the hashtag #legalizeit to caption a smoking selfie.