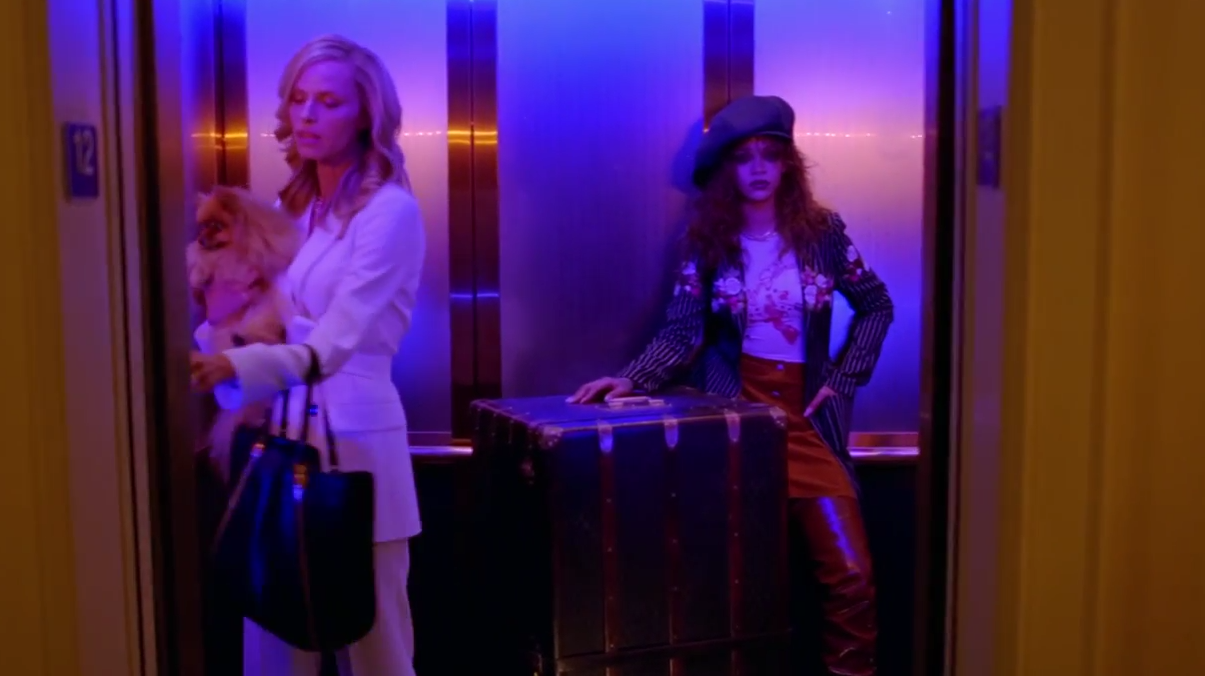 The video starts with Rihanna trying to extort money from the “bitch”—her accountant—by kidnapping his hot blonde wife, stuffing her inside a trunk, and eventually subjecting her to all kinds of torture in some sort of gruesome Tarantino-esque revenge scenario.

Yeah, it’s violent and pretty NSFW, but it’s also fairly tongue-in-cheek—let’s not forget the phrase “bitch better have my money” is from the 1988 movie “I’m Gonna Git You Sucka,” which is a parody of the blaxplotation films popular in the 1970s.

Here, Rihanna seems to be hyper-aware of what she’s exploiting, and we definitely found ourselves laughing at some of the absurd scenes—namely when she’s subtly stumbling in her stiletto boots trying to drag a trunk out of the elevator, and one toward the end when the singer’s face is smeared in blood, as she gazes angrily into the camera.

Whatever the case, it’s worth a watch—Rihanna directed it herself, and there’s plenty of boob, butts, blood, and one very cool money-shooting machine gun.