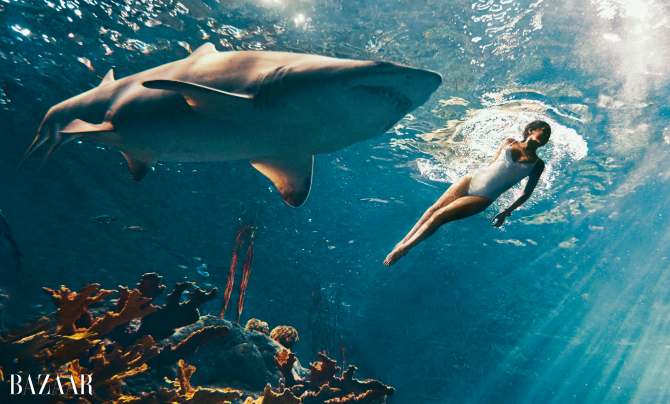 For the second time this week, the entertainment industry is buzzing about sharks—only this time, it’s not Katy Perry‘s backup dancers getting attention. Instead, Rihanna‘s extreme photo shoot for Harper’s Bazaar is making us do a double take. In the underwater shoot, the superstar is shown swimming with sharks—and not the fuzzy, costumed kind.

On first inspection, we thought the shoot had to have been digitally edited (surely Rihanna didn’t actually swim with sharks for a photo?), but while the subscriber cover (below) was obviously created digitally, Harper’s Bazaar says the star did indeed frolic with the animals to get the rest of the shots. In fact, the pop star jumped into a tank with three live sand tiger sharks, none shorter than eight feet long, at the Florida Aquarium in Tampa last December. 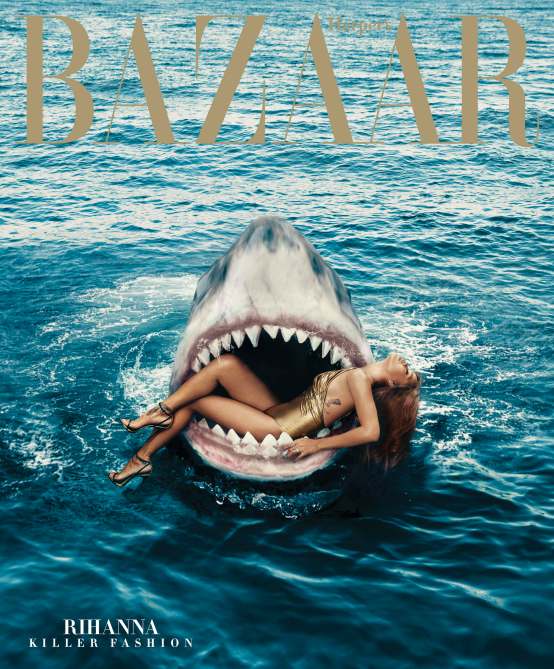 After releasing the first photo on Instagram last night, Rihanna followed the announcement with this behind-the-scenes video of her swimming with the sharks.

When the glossy mag pitched Rihanna the idea, the musician thought it was “cool,” and afterwards told Harper’s Bazaar the shoot was one of the most adventurous things she’d ever done: “I just did a photo shoot in the midst of sharks. It’s going to be pretty hard to beat that.”

If you can draw your eyes away from the monstrous carnivore swimming alongside RiRi, you might be interested to know she’s wearing a white Gottex swimsuit and a Chanel watch in the first photo, and a metallic Chanel swimsuit and Giuseppe Zanotti sandals on the magazine’s cover.