Looking back. Rihanna said she “still loves” Chris Brown and believes he’s her “true love” on the Wednesday, September 2, episode of Oprah Winfrey’s podcast Oprah’s SuperSoul Conversations. In an interview with Oprah, Rihanna confessed that she still has feelings for her ex-boyfriend 11 years after their breakup.

“We’ve been working on our friendship again and now we’re very, very close friends,” Rihanna said in the episode. “We’ve built a trust again, and that’s it. We love each other and we probably always will. That’s not anything that we’re going to try to change. That’s not something you can shut off if you’ve ever been in love.”

Rihanna, who also called Chris the “love of [her] life,” confirmed that she’s single and not back together with Chris, who welcomed a child with his girlfriend, Ammika Harris, in December 2019. “He’s in a relationship of his own,” Rihanna said. “I’m single. But we have maintained a very close friendship ever since the restraining order’s been dropped. We’ve just worked on it little by little. It has not been easy.”

Rihanna and Chris dated on and off from 2007 to 2013. In February 2009, Rihanna obtained a restraining order against Chris after he physically assaulted her before the 2009 Grammy Awards. The two had been dating for almost two years at the time of the assault. In February 2011, Rihanna agreed to drop the restraining order, and she and Chris reunited in 2012 only to split a year later in 2013. In her interview with Oprah, Rihanna confirmed that the rumors of her and Chris’ recent reunion in St. Tropez were true. “We went to a mutual friend’s party on a yacht,” she said. “It’s awkward because I still love him. My stomach drops. I have to maintain this poker face and not let it get to the outer part of me. I have to maintain that and suppress it and interpret it and understand it and understand that it’s not going to go away. That is peaceful. If you don’t understand those feelings, you can make a lot of mistakes.” 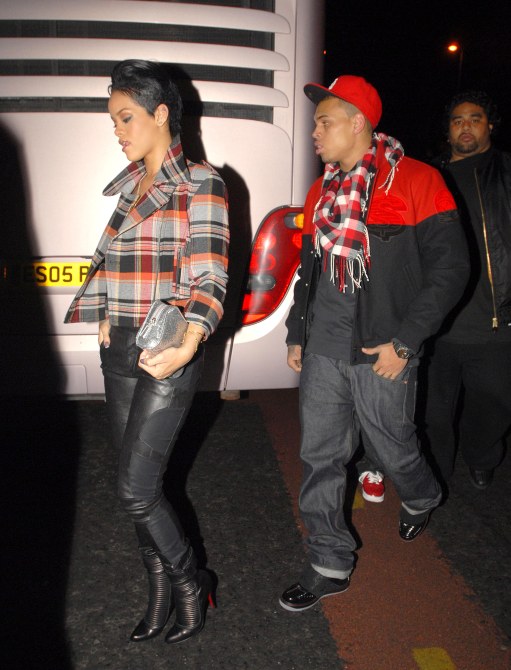 In January, a source told HollywoodLife that Rihanna is cool with Chris’ friendship with her friend and rumored ex, Drake. “Rihanna of course has heard about Drake and what he spoke about and how he is friendly with Chris again and she is happy that they have drawn a line in the sand. She wants people to be kind to each other because being upset with people is not something you can move forward from,” the insider said at the time.

The source continued, “She is happy that they figured out to be on the same page, but at the end of the day she is worrying about herself and her career and not putting much more focus than needed on Chris and Drake’s situation. But again she is happy that they are cool at least.”

Though RihRih confirmed she’s single in her interview with Oprah, HollywoodLife’s source revealed that she’s far too busy to be dating anyway, as she’s been hard at work on her next album. “Rihanna’s focus in 2020 is getting new music out there, she is working hard on songs to fill an album. She has hundreds of songs and her focus is trying to get 12 to 15 songs for an album, and that is pretty tough,” the source said.