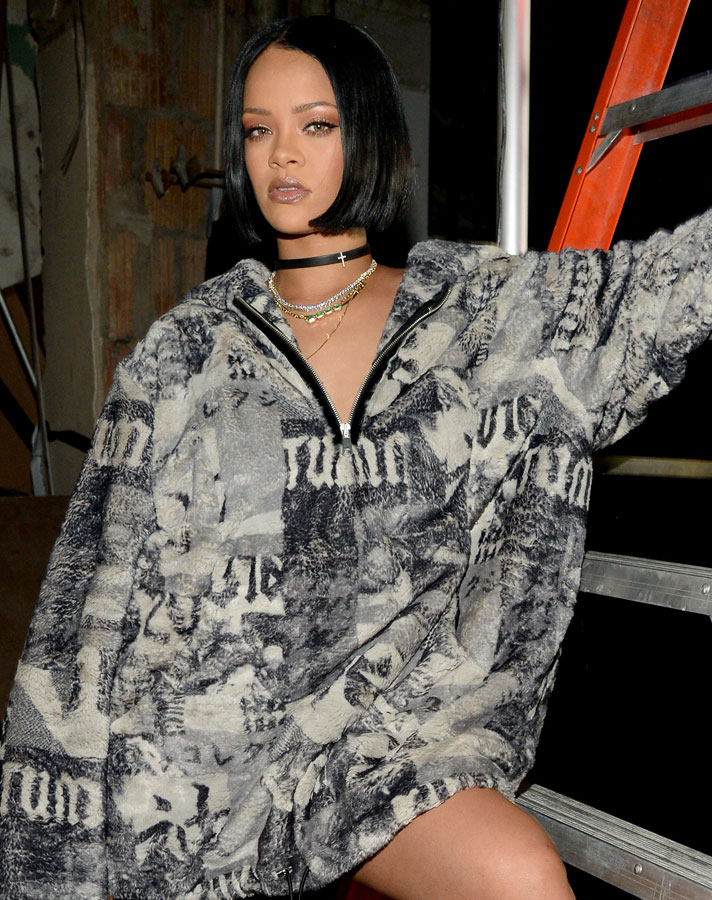 Just hours after Kanye showcased his Yeezy season three lineup to 18,000 guests at Madison Square Garden, another singer-turned-designer, Rihanna, has presented an athleisure lineup. You might remember that around this time last year RiRi was named the creative director at Puma, and last night the “Anti” singer debuted her Fenty Puma line at New York Fashion Week to a packed house.

Models presented a black-and-white offering of super-revealing athleisure infused with a touch of goth and glamour (black lipstick and choker necklaces, we’re looking at you), including lace-up bodysuits, platform creepers, oversized hoodies, and sporty crop tops.  The singer modeled some pieces herself on the runway, as did sisters Bella and Gigi Hadid, who closed the show.

A powerhouse lineup of fashion and music industry greats were seated in the front row, including Naomi Campbell, Anna Winter, Ne-Yo, and Chris Rock.

The Puma by Rihanna collection will hit stores September 2016.