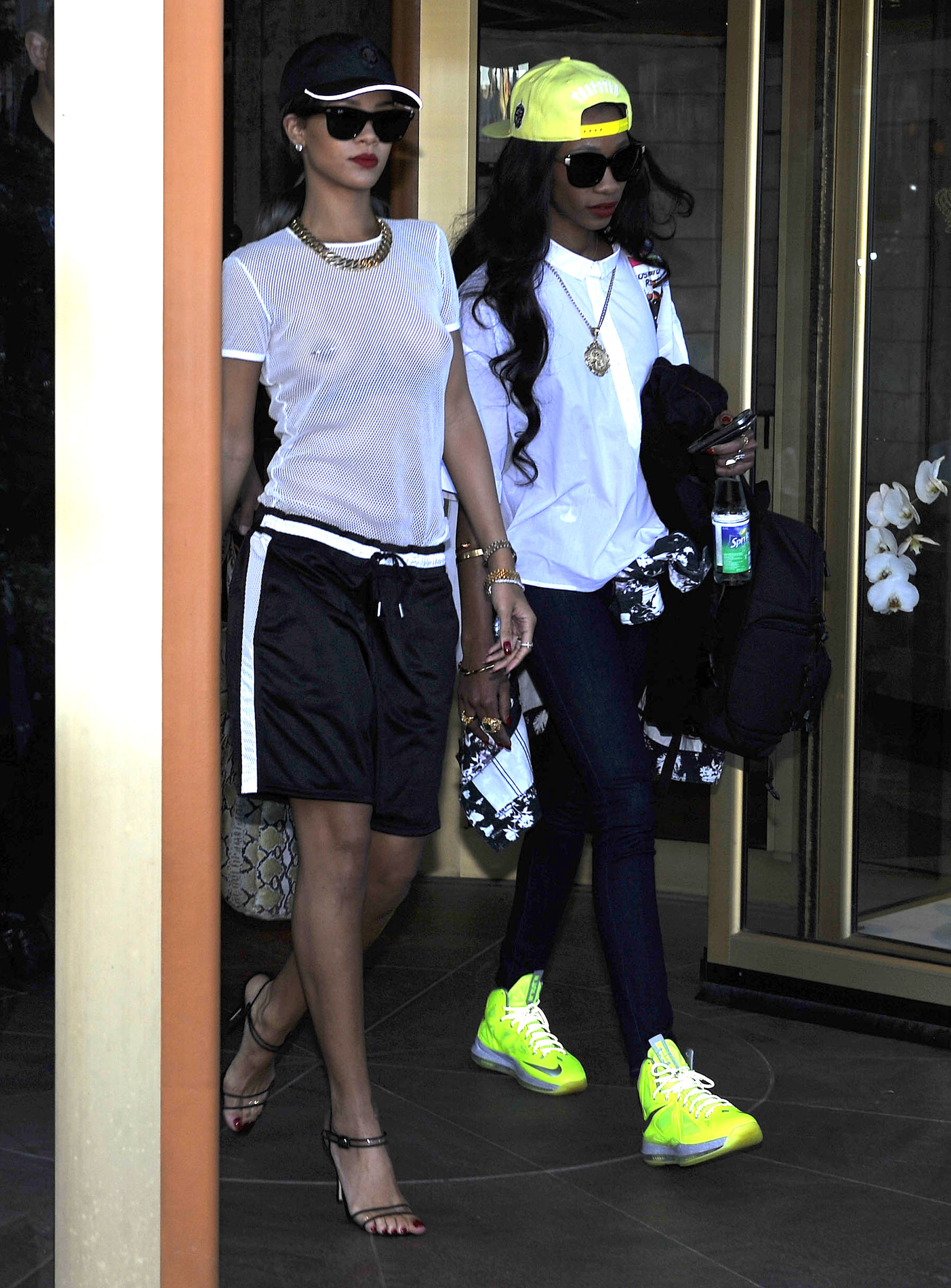 Being on a never-ending world tour is apparently quite exhausting, because it seems Rihanna has fully decided to give up wearing a bra. While the 25-year-old has stepped out sans brassiere many times before (like in this Stella McCartney holographic crop top), we haven’t seen her rock anything quite like this.

Yesterday, in Stockholm, Sweden, Rihanna and her omnipresent gal pal Melissa Forde stepped out for a day on the town—and RiRi wore athletic shorts and a completely sheer mesh top that fully revealed her nipple piercing.

Rihanna’s nipple ring has made headlines before, most recently when it was slightly visible at the Chanel show, at which she wore a floor-length cardigan—and not much else. But this is definitely taking things to another level, and we’re shocked that someone had the confidence to rock a look like this (before lunchtime, no less) but if Rihanna’s known for one thing, it’s her confidence.

We can’t exactly pretend we’re perplexed by this ensemble—it is Rihanna, after all—but we hope this doesn’t become a trend. The last thing we need is to see members of the Rihanna Navy playing peekaboo with their blouses every time they leave the house.

Oh, and how long do we think before Miley Cyrus channels this look?

What do you think of RiRi’s NSFW daytime look?