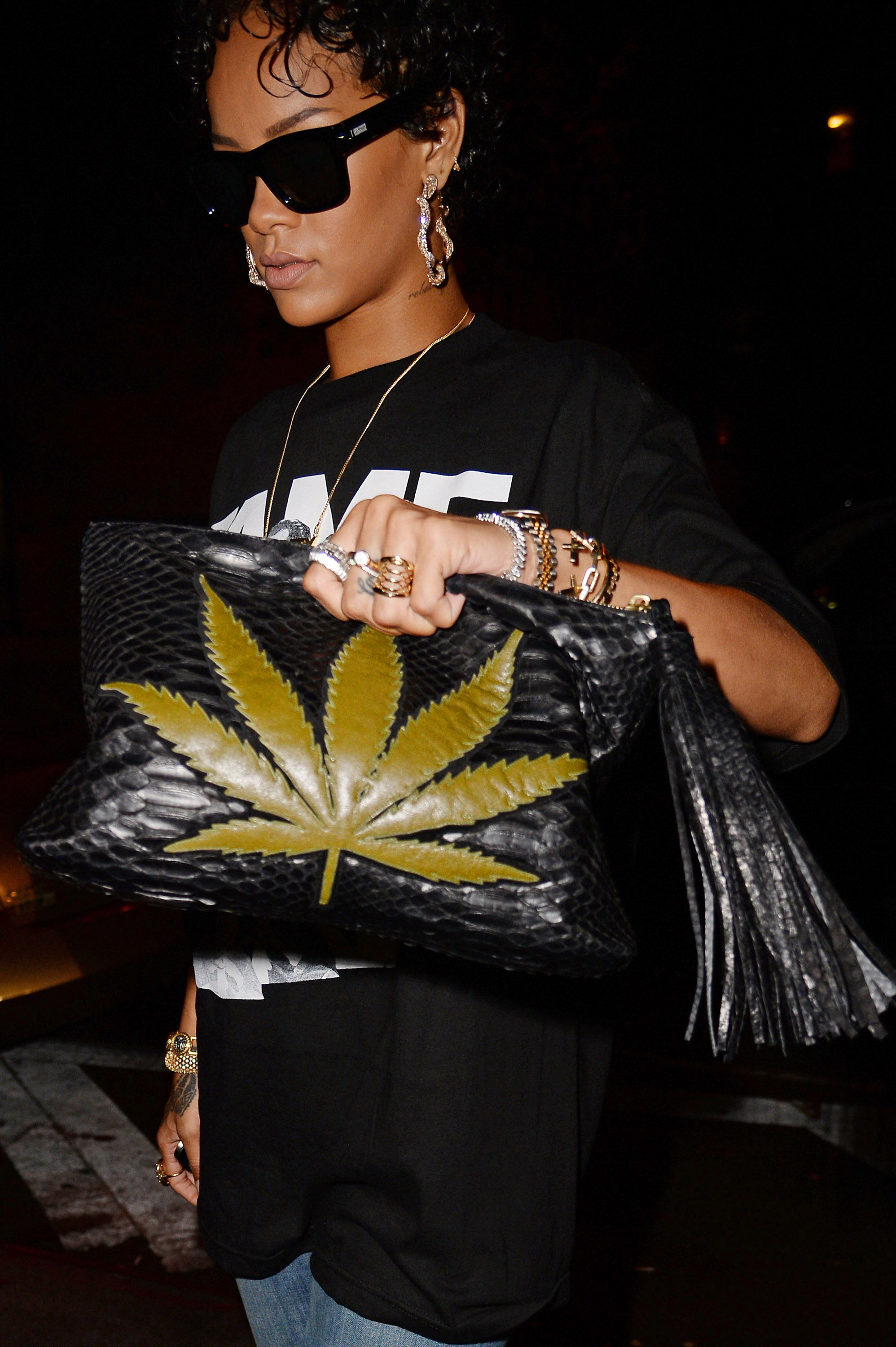 They say that your accessories say a lot about who you are—and Rihanna has apparently taken this to heart.

After a brief jaunt to her home country Barbados to see family and friends, she popped over to Miami for a one-night trip to celebrate her tour hairstylist Yusef WIlliams‘ birthday. And now, she’s in the Big Apple, where she reunited with her fellow superstar gal pal Katy Perry last night.

Obviously, the 25-year-old starlet isn’t afraid of showing off skin—but was relatively covered up in ripped jeans and a T-shirt with “FAME” etched across the front. However, her clutch did all the talking. The exotic leather purse was emblazoned with an enormous green marijuana leaf, which RiRi flashed to the flurry of paparazzi photogs with pride.

At this point, everyone knows that she’s quite fond of the illegal drug, and has repeatedly expressed her opinions about legalizing it. She also frequently reiterates the fact that she has no desire to be a role model, and doesn’t want any of her young fans to follow in her footsteps.

That said, we’re sure she’ll get plenty of flack for the bold clutch—but we’re also sure that once the brand is revealed, it will sell out faster than Cronuts.

What do you think about RiRi’s pro-pot statement? Too much or just enough?