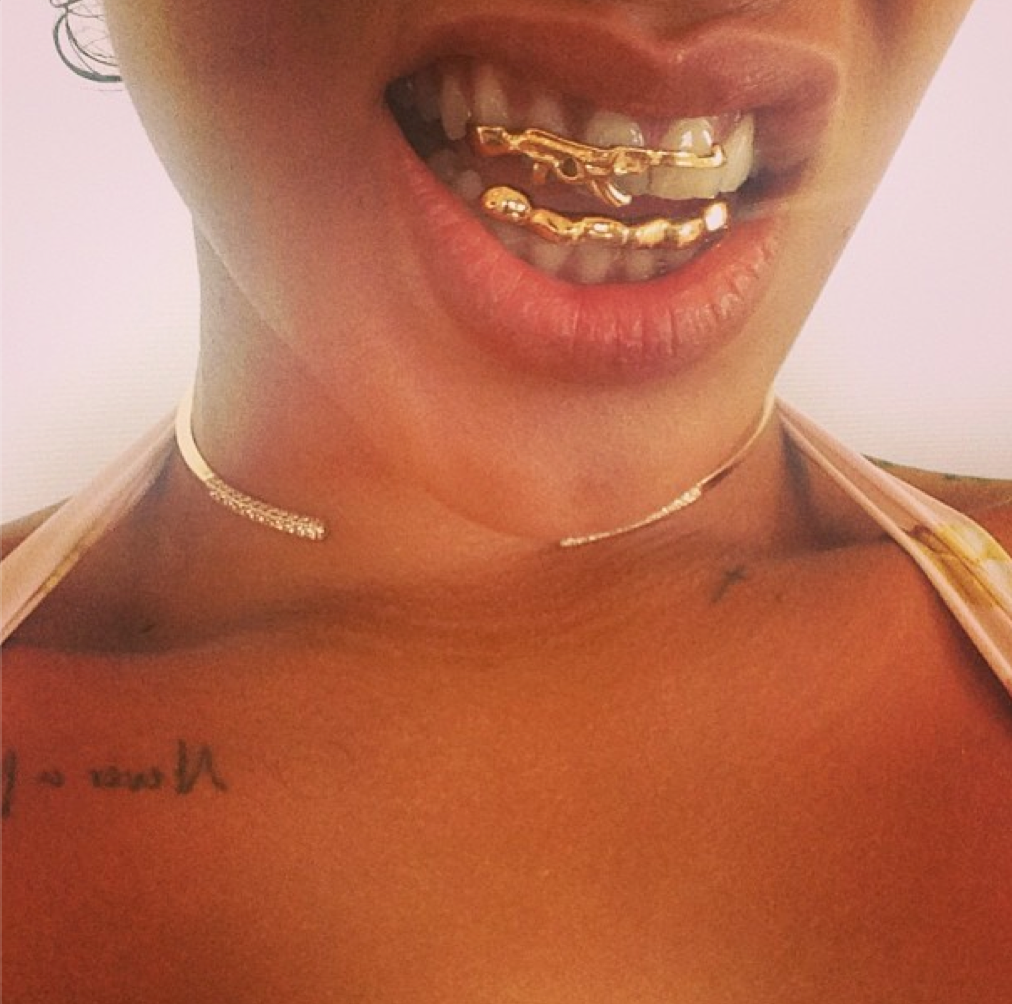 While gold and diamond grills (or “grillz” as they’re commonly known) surged in popularity among the hip-hop community during the 1990s, they seem to be making a resurgence. Ryan Lochte put grills back on the map when he wore a custom diamond set while accepting his gold medal at the 2012 London Olympics, and more and more celebrities have continued to follow suit.

Hip-hop obsessed Miley Cyrus has recently been rocking a grill, and now Rihanna has debuted her new custom gold accessory.

The 25-year-old superstar (who’s currently enjoying some downtime in her home country of Barbados) posted a picture to Instagram today showing off the grill, which is in the shape of a gun.

She captioned the photo, “Up watching Cocaine Cowboyz #KillinDeseHeauxz #phuckyogrill #ilickthegunwhenimdonecuziknowthatrevengeissweet” We’re not exactly sure what she’s talking about here (no one does a hashtag quite like @badgalriri), aside from the fact that she’s referring to the 2006 documentary “Cocaine Cowboys” about the crackdown on the drug trade.

Clearly, RiRi has an obsession with guns, as she also has a gun tattoo on her ribcage. We don’t really understand her fascination in this day and age, but she seems pretty committed to her gangster-chic look.

Next thing you know, Cyrus will have a gun grill as well!