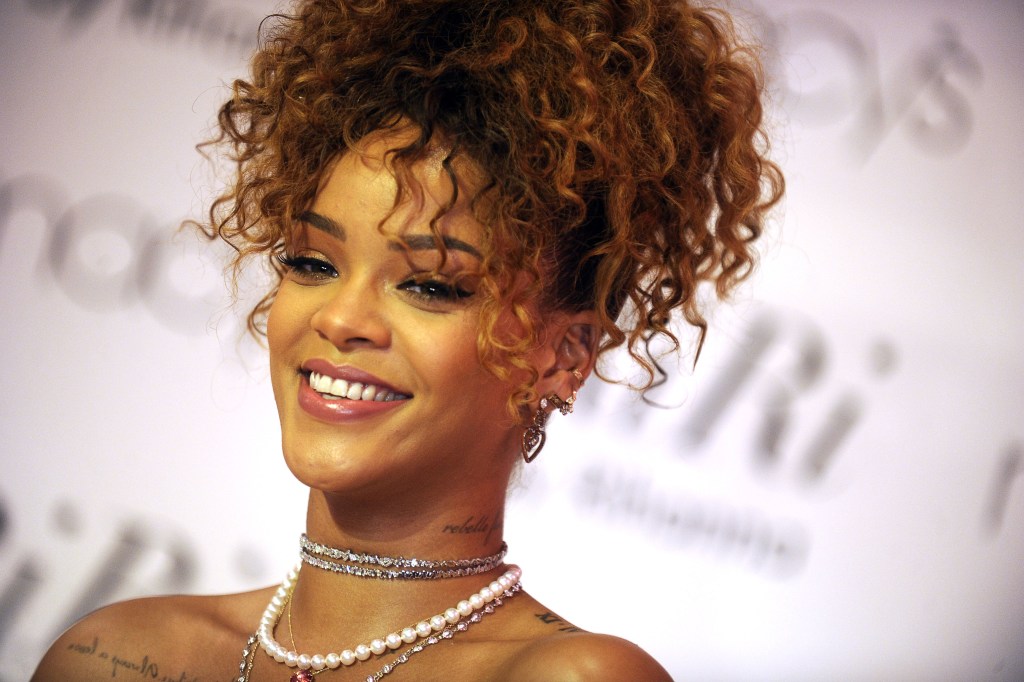 Rihanna‘s upcoming eighth album, Anti, has been getting more hype than KimYe’s second pregnancy—and there’s been equal conjecture about when it (the album …) will actually drop. Now there’s speculation about a date, with reports hinting Tidal will get a first look at the album on Black Friday, while the rest of us will have to wait until December 4 to hear the new music without a subscription.

In a huge teaser for the upcoming release, Rihanna and Samsung have partnered together on ANTIdiaRy—a collaboration that she’s been talking about on Instagram for days. We knew (because of the name) it had something to do with her upcoming album, but that’s about all the insight anyone had. During last night’s American Music Awards, however, RiRi finally debuted the creative collab, unveiling a mobile website that gives fans a peek into the singer’s elusive new album.

By deciphering “clues” and moving through the website in a game-like fashion, fans can experience a little more of that RiRi magic. Take the first level as an example: Here, you visit an airy bedroom and encounter a bunch of clues, including drawings of airplanes en route to Africa, America, and Barbados decorating the walls. In one video clue, two kids play the piano. Robyn Rihanna Fenty is written on one wall, and a peek underneath the bed reveals a paper airplane made of sheet music. Cryptic stuff. WHAT does it all mean? We’ll just have to wait until the album drops for it to all makes sense.

Today the pop star also announced an upcoming world tour, which will kick off in San Diego February 26, 2016 before heading across the world to L.A., Toronto, New York, Berlin, London, Berlin, Amsterdam, and more destinations globally. The Weeknd and Big Sean will open Europe, and Travis Scott in North America. You’ll be able to pickup tickets to the North American and European events when they go on sale Thursday, December 3 via LiveNation.

Here’s a full list of the North American concert dates and locations: